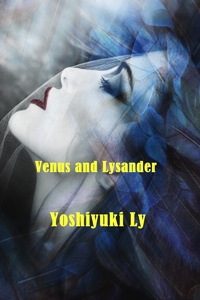 LGBT historical romances typically focus on forbidden relationships. I decided to add fantasy elements and a made-up setting to mostly distance myself from that reality. It’s a fresh take on that type of era along with some social commentary so as to not make it completely unrealistic.

Noah from Consider What Becomes of the Ashes by Pixelnyx. He goes through many hardships as a refugee in a foreign city. I admire his muted tenacity as he pushes on.

A distant follow-up to Venus and Lysander that wraps up the plot I’ve built up in this world. It’s a romance with fantasy elements, but set in a more contemporary time period.

Hopefully the one I mentioned above.

Living as a nobleman and as a woman, Valerie of Lysander is sick of waiting for the world to change. The discrimination she suffers as an outcast builds into resentment. Once Val takes matters into her own hands, the whole Empire of Tynan feels her brand of justice. The Emperor’s adviser, Lucrezia of Azrith, wants more of Val’s ruthlessness—for revenge against the unjust, and for her own desires. Venus and Lysander is an intricate romance set in the fictional Victorian city of Eden, 250 years after the events in The Scorpion’s Empress.

Lucrezia is Lady Chancellor for the Emperor and a sorceress-in-hiding. She is forced to conceal her identity from the religious public for fear of death. As she learns to trust in Val’s chivalry and affections for her, they both fall for the softer sides behind their similar bulletproof personas. Lucrezia receives a mysterious warning about a sadistic enemy threatening the Azrith and Lysander families. Once they discover their nemesis’ true motive, Val and Lucrezia’s tyrannous devotion for one another is all they can count on to survive.

Yoshiyuki Ly was born in San Diego, CA. She lived there until moving away to college. In high school, she began writing fanfiction as a serious hobby. Her pen name represents her multiracial heritage and a unique, diverse outlook that reflects in her work. She is a writer and a gamer.