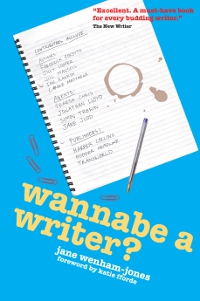 One thought on “Wannabe A Writer? Jane Wenham-Jones”