Over the years on Romance Lives Forever, I have shared Handsome’s battle with throat cancer and the treatment/surgeries which followed.

A year and a half passed since Handsome’s last surgery, the one to repair the thin skin tear along his left jaw. (In actuality, the first one failed after five days, and he had to have a second go.) With a new graft taken from his left wrist and vessels from his leg, the doctor declared the second surgery a success. Handsome went home with a feeding tube in his stomach, which the doctor removed after a few months. Because his swallowing was compromised, he could only drink his food. He consulted with the nutritionist and found a full-power formula to consume. Ten surgeries zapped his energy. His daily routine included long naps.

In January, he researched his condition and found something which might be of benefit—steroids in high doses to reduce inflammation. He consulted with his ENT specialist and the oncology doctor. Both read the studies and, seeing no complications, decided to go ahead.

Within two days of taking the steroids, Handsome said he felt a tingling sensation in his throat. His mouth and jaw moved better. He spoke distinctly. He had the urge to swallow. However, in the midst of treatment, he immersed in stressful negotiations to sell his company, and his mother passed from lung cancer. Quickly, the benefits of the steroid treatment dissipated. Disheartening, to say the least.

After the sale of the company was completed, his life wound down some. He talked with the oncologist about what had happened—the tingling, the better movement—when on the higher dosage steroids. The doctor decided to try a second round. This time, next to nothing occurred.

The scars, grafts, and jaw healed. His energy level returned. He worked out regularly. Recently, we traveled to Europe and faced challenges with the Italian customs to clear his food (formula) to our hotel. Eventually, all resolved in a nail-biting last minute. Now, we had better knowledge of how to operate when traveling.

What does Handsome’s future entail? Pretty much, he won’t be eating a steak, just drinking the liquid diet. I’ve asked him to consult with a speech therapist. I believe one could help him speak better and correct his bad habits. Maybe, maybe, maybe he might swallow a teensy weensy bit better, too. We don’t know for sure, but he must try. And there is a possibility of another kind of steroid treatment.

Cancer IS a booger-bear. I implore all of you to take care of your body. Because of what I know about throat cancer, my heart bleeds when I see someone smoking even though Handsome didn’t get cancer this way.

I always end these posts by saying how positive he is. Miserable isn’t part of his vocabulary. He doesn’t dwell on being miserable. Truly, he thinks of others’ suffering first. We embrace life fully. Of course, we wish for the old norm, but that’s life. It takes on new life adventures—good and bad. 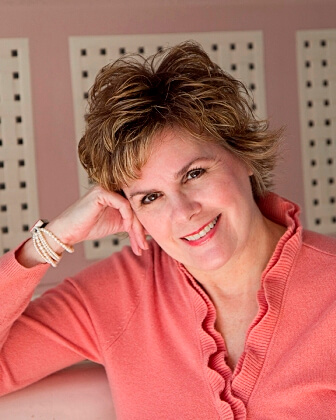 Love blossoms in the small town of Sommerville in these heartwarming tales, filled with fun and forever possibilities.

Raving Beauty: What if the love of your life was in front of you all along?

Store Wars: The competition is heating up when Janie’s old flame returns to town and is running his family’s store. Could following dreams break her heart?

San Diego or Bust: When a young woman plans a romantic getaway with her boyfriend, disaster strikes. Is her Mr. Right the right Mr. Right?

Where to buy Sommerville Days