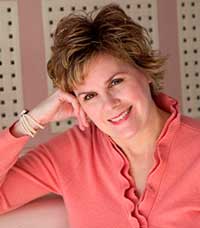 Last year, Kayelle asked me to write about Handsome’s cancer journey. (Here’s the link to the post.) I had to end with not-so great news: he would have to have a second go. This time:
9 surgeries
16 days in the hospital
6 weeks living in Houston
More months to recuperate
1 tongue that won’t work
1 gastro feeding tube

Because Handsome’s first flap surgery a year ago in July (removing right fibula and creating a left jaw bone) wasn’t successful, our doctors suggested we go to M. D. Anderson in Houston, Texas. Our journey began in November when we visited the doctor who was known world-wide for his reconstructive plastic surgery.

The doctor told us the surgery was the same, utilizing the left fibula, that he would be very careful, and the recovery would be hard, but eventually, Handsome would get through it. We had no choice. Every movement caused the temporary titanium plate to jam into his T M Joint. He could hardly eat and talk. If Handsome wanted to resume having a life like everyone else, he had to have the surgery.

On February 25th, we left behind work, home life, and our adora-poos in the hands of family and friends. The biggest thing we carried with us was hope.

Handsome’s surgery began at five-thirty in the morning. He was prepped, procedures signed off, and wheeled away. That was when my heart lodged in my throat as I prayed for the most superior outcome for him. A nurse escorted me to the waiting room to be updated via monitor. #2 son and my sister joined me as did friends. We talked and were kept informed. However, the day went long, and by six in the evening, I sent them on.

Exactly until twelve-thirty A.M. long. The doctor came out and told me he was pleased and guarded (that the transplant would be successful), and rightfully so. I stayed in the waiting room until one-thirty, long past the cleaning people. The only light burning was the lamp on the side table. My eyes were dry. My head hurt. I could barely do anything. Finally, the recovery nurse escorted exhausted me to him. He’d had: the fibula flap, two donor grafts, one artery graft. Handsome was barely aware as I kissed him and said I would see him the next morning.

The next day, I looked at his surgical sites. I saw the feeding tube, the tracheostomy, and the swelling. The raw graft on his neck. The myriad of stitches all over his body. I thought “aw shit, not again.” Definitely, a long haul.

We communicated by paper; sometimes, a wink and a smile. When he choked, the nurses suctioned his trach. (BTW-a shout-out to those amazing people). Staph infections brought surgical washouts along with massive doses of antibiotics and anti-fungal meds.

At day fifteen, we were discharged to the apartment we’d rented. The hospital nurse tutored us in clearing the trach, cleaning wounds, dispensing meds (including a daily heparin shot), and feeding.

With skilled help, eventually, we began to cope. He took short walks and slept a lot. Strength returned in small increments. As he improved, the trach was removed, and the nasal tube switched to a gastro tube because his tongue was unresponsive. Finally, we were able to go home.

We’ve been at home since the second week of April. Occasionally, we go to Houston for check-ups. The titanium plate had to be re-screwed, and the gastro tube replaced. Physically, he has responded well. He is able to swallow a tiny bit of water. His most recent test showed significant tongue strength. His legs have recovered. His posture improved. The flap is perfect.

They say cancer can be the gift that keeps giving. God, I hope no more for my handsome man. We want to travel more. He wants to eat a great steak. He wants to give inspiring talks to college kids and travel for other speaking engagements. 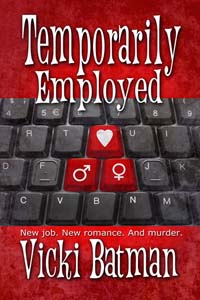 We have no idea how Handsome got throat cancer. Most people get it from smoking or chewing tobacco. If you do this, STOP NOW. Live a good lifestyle. You do not want this. You never want this. For anyone. Ever. It is brutally hard.

The truth remains: cancer sucks. We have also adopted the phrase “it could be worse.” After seeing what other cancer patients encounter, we believe we are fortunate people.

Know this–I am here for you. Anytime. FMI on esophageal cancer, go to: https://www.cancer.org/cancer/esophagus-cancer.html/

Genre: romantic comedy, cozy mystery
Publisher: The Wild Rose Press
New Job. New Love. And Murder.
Hattie Cook’s dream job is down the toilet and her new SUV violated. Desperate for cash to cover the basic necessities of rent and food, she takes a temporary job at Buy Rite Insurance Company where she uncovers an embezzling scam tied to the death of a former employee–the very one she replaced. The last thing she wants is to clash with By-the-Book Detective Wellborn, no matter how much he makes her heart pound.
Detective Allan Charles Wellborn has secretly adored Hattie all his life. When the police determine there’s more to the death of a former Buy Rite employee, he steps in to lead the investigation. Overly dedicated, always perfect, he puts his job first, even if doing so ultimately hurts the one he loves.
Can the killer be found before Hattie’s time is up?
The Wild Rose Press: http://www.wildrosepublishing.com/maincatalog_v151/index.php?main_page=product_info&products_id=5829
Amazon: http://www.amazon.com/Temporarily-Employed-Vicki-Batman-ebook/dp/B00N4J5FDQ/

Like some of her characters, award-winning author, Vicki Batman has worked a wide variety of jobs including lifeguard, ride attendant at an amusement park; a hardware store, department store, book store, antique store clerk; administrative assistant in an international real estate firm; and a general “do anything gal” at a financial services firm–the list is endless.
Writing for several years, she has completed three manuscripts, written essays, and sold many short stories to True Love, True Romance, True Confessions, Noble Romance Publishing, Long and Short Reviews, Museitup Publishing, and The Wild Rose Press. She is a member of RWA and several writing groups and chapters. In 2004, she joined DARA and has served in many capacities, including 2009 President. DARA awarded her the Robin Teer Memorial Service Award in 2010.
Most days begin with her hands set to the keyboard and thinking “What if??”
Website: http://vickibatman.blogspot.com
Twitter: https://twitter.com/VickiBatman
Facebook: http://on.fb.me/1ipdLkv
Pinterest: http://pinterest.com/vickibatman
Google+: http://bit.ly/1zUggDF
Goodreads: http://www.goodreads.com/author/show/4814608.Vicki_Batman
Amazon Author page https://www.amazon.com/author/vickibatman
Plotting Princesses: http://plottingprincesses.blogspot.com