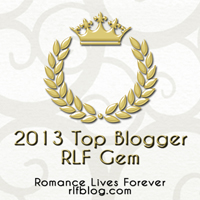 In preparation for the move from Blogspot to WordPress, I’m sharing the RLF Gem Bloggers of this site. Each Saturday for the next few weeks, I’ll showcase a different author.

Vicki has appeared on the Romance Lives Forever blog 15 times since 2013 as an individual author and twice as part of an anthology. She has been an RLF Gem multiple times and in 2013 was the number one blogger twice. The position is chosen by the amount of visits the author’s post receives.

I’m proud to present Vicki with the 2013 RLF Gem Award.

Like some of her characters, award-winning author Vicki Batman has worked a wide variety of jobs including lifeguard, ride attendant at an amusement park; a hardware store, department store, book store, antique store clerk; administrative assistant in an international real estate firm; and a general “do anything gal” at a financial services firm–the list is endless.

Writing for several years, she has completed three manuscripts, written essays, and sold many short stories to True Love, True Romance, True Confessions, Noble Romance Publishing, Long and Short Reviews, Museitup Publishing, and The Wild Rose Press. She is a member of RWA and several writing groups and chapters. In 2004, she joined DARA and has served in many capacities, including 2009 President. DARA awarded her the Robin Teer Memorial Service Award in 2010.

Most days begin with her hands set to the keyboard and thinking “What if??”

Coming next Saturday…Top Blogger for 2014. Come back and see who it is!