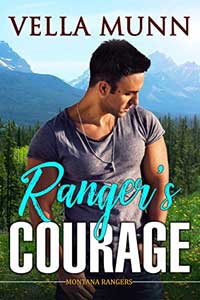 Age: 32
Gender: male
Birthplace: Washington
Profession: forest ranger
Ethnicity: white
Species (for scifi/fantasy characters):
Please provide a physical description of yourself.
Six foot one with short hair or rather it would be if I got to the barber more often. I’m lean and muscular both because the job calls for it and because this way I feel ready for the mountains. I don’t care how I look, just that my body does what I need it to. I have a bit of a farmer’s tan.
Please tell us a little about your character.
Jake is confident in his physical ability and knowledge of Montana’s great mountains. He’s more at home in the wilderness than a city and sees himself as a forest ranger for his entire career. He once believed he’d found the right woman for a wife and a mother, but bit by bit his marriage fell apart. Then she was murdered and he had no choice but to try to rebuild his life. It’s a work in progress..
Who is the significant other in your character’s life?
Sari Dunham trains and works with search and rescue dogs. She’s as independent as Jake and just as reserved. She has come to Montana to prove herself, not fall in love. She isn’t ready for a relationship, might never be because of her family background.
How does your hero dress?
As a forest ranger, he wears a uniform. During his time off, it’s jeans and t-shirt or sweat shirt.
How educated is this character? Is he book smart, self-taught, widely-experienced?
Jake has a bachelor’s degree in forest science but credits on-the-job experience for the self confidence that gets him through physically active and sometimes dangerous activities.
What is your character’s viewpoint on wealth? Not necessary, nice to have, important, obtain at all costs?
He takes pride in owning his own home even though it needs a lot of work. Being wealthy means nothing to him.
How well does he know the neighbors? Coworkers?
Jake’s fellow forest rangers, Garret and Hunter, are everything to him. They kept him sane when he blamed himself for his wife’s death. They have each other’s backs and would risk their lives to save the others which, considering their jobs, has happened more than once.
What inner doubt causes your character the most difficulty?
He doubts his ability to be what a life partner needs. He faults himself for his wife’s inner torment. If he’d encouraged her to be open and honest about her emotions, she wouldn’t have shut herself off from him.
When there is a setback, what doubt or flaw surfaces?
His inability or unwillingness to talk about what went wrong. He knows he isn’t perfect. He just doesn’t know how to admit it without leaving him too vulnerable.
How does your character handle challenges?
Give him a physical challenge and he’ll throw everything he has into it, but if the challenge is emotional, his instinct is to close up.

Why do you think your writer chose to write about you?
My writer took every psychology course she could and loves digging deep into people. What makes them tick. She knew I have a lot of hang-ups and insisted on learning all she could about them. She also has this thing for forest rangers, thus my career.
What do you wish your writer had not told others about you?
How deeply my wife’s murder messed me up and how hard it’s been to get past that. Of course if I’d put that all behind me, it would have been a different book.
Was there anything your writer discovered about you that was a surprise to one or both of you?
How important my fellow forest rangers are to me. We’re much more than co-workers. We’re brothers.
When your writer is writing about you, what do you think makes your writer the most happy? What makes your writer the most sad?
She obviously loves that I’m finally opening myself to the possibility of falling in love. Granted, she didn’t pick a simple woman to put in my life, but Sari’s complexity matches mine. I know it bothers my writer that I keep things bottled up.
Why do you think your writer loves to write?
I’m not sure she knows. She’s been writing since she was a child. It’s quite the addiction.
What do you wish your writer would write next?
She started a series about how various people deal with the aftermath of an arson fire in a small community. It’s about darned time she got back to it.
What other character from your book do you think your writer should write a book about? Care to tell us why?
Not really since she gave my fellow forest rangers their stories. Of course she could introduce some new ranger, maybe a woman. Hmm. Think I’ll talk to her about the possibility.
Is there anything you’d like to say to your writer?
That I get it. She needs to write about complex characters and to keep doing it.
Tell us about Ranger’s Courage.
Publisher. Tule
Amazon https://www.amazon.com/Rangers-Courage-Montana-Book-ebook/dp/B07DFF75Q1/
Barnes and Noble https://www.barnesandnoble.com/w/rangers-courage-vella-munn/1128931894
iBooks https://itunes.apple.com/us/book/rangers-courage/id1392032350
Kobo https://www.kobo.com/us/en/ebook/ranger-s-courage

Vella Munn writes contemporary and historical romances in a usually futile attempt to stay ahead of the insistent voices in her head.
She’s had over 80 books published and the couple of years have been crazy busy juggling several projects.
For one, she republished all nine of her popular Native American historical romances and is delighted that those books of her heart are finding new readers.
Her contemporary romance series called Montana Lakeside consists of four books, each taking place during a different season with a different couple, plus a one-day novella. They all speak to her love of the wilderness serving as the perfect backdrop for new beginnings.
Most recently she returned to the wilderness for her Montana Rangers series
She also ventured into romantic suspense with Feral Justice, a three book series that makes it clear what she’d like to see happen to animal abusers. Each book follows a different couple as they commit to justice for helpless animals with the help of several mysterious massive gray dogs.
Vella lives in rural Oregon. She has two sons, and four grandchildren. She’s owned by two bossy rescue dogs and is working on her master’s degree as a certified hermit.
Facebook https://www.facebook.com/Vella-Munn-Author-788044174656126/