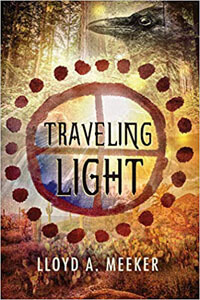 In the fall of 2003 I had surgery for stomach cancer. I was living in Washington, DC with the man who has since become my husband. I was in my mid-50s and had never spent a night in a hospital before. I’d been sober for four years and happily partnered for one. A brand new life was unfolding before me, and I was ill prepared for the shock of discovering that I had cancer.
After the surgery, that first night in the hospital, floating on a cloud of morphine (I’m sure I clicked on my dosage button far more times than the dispensing machine would respond) I heard a voice – which sounded a lot like the voice of the therapist I’d worked with while coming out. It said, “You know, you’ve always said you wanted to write novels. Well, you’d better get on it because you’re now on bonus time.”
The next morning I asked my partner to bring in my laptop, and I began work on finishing the story that had been languishing on my hard drive for several years.
Four months later I discovered I had a different kind of cancer in my bladder, much more aggressive. Once again I was challenged to pay attention not only to the fact that I was mortal, but to how I wanted to live. I made changes to how I lived. I resigned from my programmer’s job for a defense contractor, and got a new one working for the Peace Corps.
I’ve always said I’ve been grateful for those experiences with cancer because they forced me to review my priorities and reminded me that I had no time to waste on anything but living the most authentic life I possibly could, surrounded by like-hearted adventurers, challenging myself to live a life of conscious decency and creativity as I understood what that meant.
All my tests since that time have come back negative for any reoccurrence, and I think I’d grown a little soft in my gratitude for cancer — simply based on the assumption that it was far behind me. Earlier this year my annual cystoscopy came back clear just as I had expected, but a week after the exam my urologist called me to inform me that my PSA was over twice what it had been previously. We scheduled a second blood draw. Yesterday he called me again, to inform me that this time the reading was even higher.
So today, less than 24 hours after this news, I am adapting to the possibility that cancer may not be only in my history but a very real part of my present. I am, of course, planning the next steps in my care, but I’ve also done a pretty good job of depressing myself reading about what sex is like for men without a prostate and challenging myself on my ego attachment to functioning the way I’ve always experienced myself to be. I’m actually supposed to be writing to meet my extended deadline instead of doing all that, but I need some processing time to let this news land. Premier League football, Freecell and food seem to have been an acceptable compromise this morning.
But one thing is sure. As soft as I may have grown in my dedication to a life of authenticity as I understand it, that dedication is ferociously hard and sharp again, an unrelenting commitment to being actively present in a world that clamors for peace, begs for compassion and demands social responsibility and environmental stewardship. Once again I have been liberated from obligations that have slowly grown on my heart like barnacles. Once again I’m thankful for what cancer can teach. Regardless of what my biopsy results might be, I’m in a new chapter of my life. Since November 2016 my writing has sought to address issues important to me in diplomatically nuanced ways, but now it will carry a much firmer and direct advocacy for the values by which I live.

Traveling Light by Lloyd A Meeker

Ian McCandless is a hospice nurse, training to become a shaman. When his mentor orders him to make peace with his estranged family, Ian reluctantly agrees, anticipating another conflict-filled visit. On their way from the airport, Ian’s older brother Will interrupts a convenience store robbery and is shot. As he dies in Ian’s arms, Will begs Ian to avenge him.
Ian uses his shamanic abilities to track down the killer, but his quest soon becomes a hunt for revenge—forbidden to any shaman. His actions jeopardize his relationship with the spirit-world, endanger the lives of those he loves, and threaten to banish him from the path that gives his life meaning. Ian must choose between vengeance and service to community as the root of his shamanic covenant. Evil or noble, every choice is sacred to the Great Web, and every choice has consequences.

A mystic, writer, healer, lover, cancer survivor, father, friend, he writes (mostly) gay fiction featuring all those paths and more. Having led what he describes as a checkered life, he can honestly say he’s grateful for all of it. He’s been a minister, an office worker, a janitor, a drinker, and a software developer on his way to finishing his first novel in 2004. Basically, he’s a psychic empath, a little weather-beaten and still learning how to live in the world just the way it is. He experiences the world as so much more than is generally accepted. That’s the challenge. Writing stories is the best way he’s found to examine and share the questions, the wonders he engages daily.
He and his husband have been together since 2002, married since 2007. Between them they have four children and five grandchildren. They are based in south Florida, where the couple works hard to keep up with the astonishing life they’ve created for themselves.
Twitter https://twitter.com/LloydAMeeker
Facebook https://www.facebook.com/lloyd.a.meeker
Goodreads https://www.goodreads.com/author/show/4707581.Lloyd_A_Meeker
Amazon Author page https://www.amazon.com/Lloyd-A.-Meeker/e/B008FC5VF4