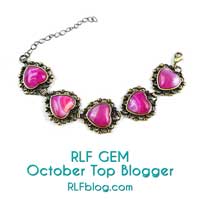 Be sure to read What is RLF? Romance Lives Forever in 2018 and discover great new opportunities for authors and readers.

The RLF Gems announcement last month was in the top ten. You are why I do this!

Top Blogger for this month is Vicki Batman. Top chatter is also Vicki! She was the Top Blogger of 2017, and won a year of free advertising for 2018.

Top Chatter for the Month 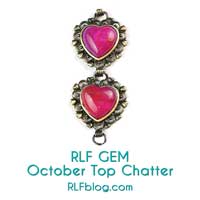 Runner up is Sheri Humphreys.

Join us each week for #FreeBookFriday

Readers – bookmark the blog and come back every day for good books. On Fridays, every book we offer is free. Look for the #FreeBookFriday hashtag on Twitter and Facebook.

Authors, do you offer subscribers a free book for signing up to your newsletter? Do you have a permafree book or a book on KindleUnlimited? Here’s your chance to reach new readers in 2018. Romance Lives Forever now offers a free book section. #FreeBookFriday will offer 5 books each week all year long. Each week, 4 spots will be free.

How do you take part? It’s easy. All you need to send is the cover, a blurb, and a link to get your book. When you sign up, your confirmation form will have a link to add your book info.

When someone clicks the link you provide, they’ll be taken directly to your site. You’ll have the double opt in that newsletter services require. No worrying about adding a list downloaded from another place. You’ll get subscribers directly. Easy peasy.

There’s a 5th paid spot for $5. It comes with a week-long cover ad spot on the front page (upper right corner). Your free book will also get a pinned spot on the RLF Facebook page, and a cover spot on the RLF #FreeBookFriday Pinterest board.

Who among us doesn’t have a veteran in the family?
Please support our veterans and their families personally
and in your communications with Congress.

Romance Lives Forever uses Signup Genius to schedule guests. The system also reminds authors of their visit. One post is available each day. Once you choose a date, no one else will be able to take it. You can sign up for more than one visit; however, each visit must be in a different month.

My thanks to all who took part this month. You made Romance Lives Forever a great place to discover new books and authors.

Do you want to BLAST PIRATES?

I recommend Blasty. When you use it, please mark Romance Lives Forever as a legal site. Thank you! 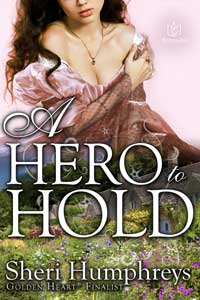 Sheri Humphreys, welcome to Romance Lives Forever. I’m Kayelle Allen, author and owner of this blog. Happy to have you here! We support all furbabies, real life or fictional. We want to know all about your Fiction Furbaby, but first, please tell us about your book.

A Hero to Hold by Sheri Humphreys

Hi, Kayelle. Thank you for having me on your blog. I’m happy to be here. Here’s a little about my book.
Genre Historical Romance
Book heat level (based on movie ratings): R
Viscountess Charlotte Haliday has lost her illusions. Scandal took her position in Society and the husband she thought she loved, and his mysterious murder followed shortly thereafter. But now is the time to return to London, time to find whatever small portion of happiness remains to her.
The first step will be proving she is her own person, unafraid of the lies and deceit that came before. Then she will defy her father and all others who try to take away her control. Never again will Charlotte have a husband or seek the perfect marriage of her best friend Jane, but perhaps she will dare the wrath of the gossip-mongers and indulge her tiniest desire. To do so will bring her face to face with a stranger in an alcove. It will lead to learning Mr. David Scott is not only a war hero soon to be awarded the Victoria Cross, but also the most formidable man she has ever met. Broken in every way except the ones that count, he alone can make her believe in love. And only she can show him that he is not alone.

Meet Piccolo Persa from A Hero to Hold

Full name: Piccolo Persa
Nickname: Persa
Gender: Female
Species: Skye Terrier
Physical description: Small, 35-40 pounds, long-haired, black terrier. Native to Great Britain.
Relationship to main character: A stray adopted by the heroine.
Relationship to the villain/antagonist: Antagonist tries to harm the pet as a way of injuring the heroine.
Where this furbaby came from: The streets of 1857 London.
What inspired you to create this character?
I like to add a pet to my stories. Animals add so much to our lives and I like my characters to have the benefit of pet love. The Unseducible Earl and its sequel By the Light of a Christmas Moon share a Springer Spaniel, Jasper. Never a Viscount, my work-in-progress releasing Spring 2019, has a cat, Phoebe.
What does the main character think about this furbaby?
The heroine, Charlotte, adopts and names Persa and quickly grows to love her. The hero, David, is surprised that Charlotte, a titled lady, would choose a stray rather than a purebred.
What does the villain/antagonist think about this furbaby?
The antagonist, Vivian, harms Persa in an attempt to hurt Charlotte.
How do other characters react to or interact with this furbaby?
Even though A Hero to Hold released two years ago, I chose to profile Persa because she has a fairly large role in the story. She’s a brave little dog who comes to the heroine’s rescue when Charlotte is attacked.
What does this furbaby add to the story?
Initially, Persa is a source of conflict between Charlotte and David, then becomes a source of contention between Charlotte and her father. The pooch creates a bridge between Charlotte and an orphaned girl Charlotte is helping.
Always loving and loyal, Persa is in numerous scenes. She provides the companionship and love Charlotte lacks and doesn’t hesitate to protect her mistress, which places the terrier in danger.
What about this furbaby will readers like, and why?
Her name means Little Stray in Italian.
Please share an interesting fact or tidbit about this furbaby.
I chose to make Persa a Skye Terrier because it was the breed of one of Queen Victoria’s favorite dogs.
Describe a humorous incident involving the animal character.
There’s more drama than humor associated with Persa. Everyone loves her. She’s a barometer for tension between David and Charlotte, and plays the role of friend who encourages them to repair their damaged relationship.

About Mama Catt and Lucy 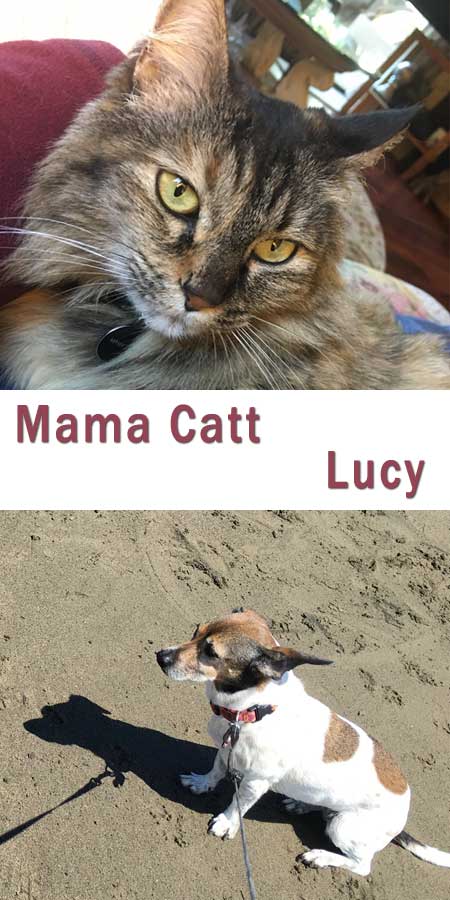 Where did you find your pets?
Over the years I’ve had a number of Miniature Schnauzers. Lucy was a neighborhood stray who dug under my next-door-neighbors’ fence into their back yard. She was so thin; every rib showed. My neighbors had two dogs and didn’t want another. When they couldn’t find her owner and decided to take her to the city pound, I decided to adopt her. Their little boy had been calling her Lucky, but I decided to change that to Lucy.
My vet suggested Lucy looked like a Jack Russell/Dachshund mix. I think that’s probably spot on. Lucy is devoted to me. After my Schnauzer, Pepper, died, Lucy began suffering from severe separation anxiety whenever I left the house. I tried different strategies to help her, but nothing worked. Among other items, she tore up bedding (mine), and even ate a window sill. She hated being left outside, hated being inside in a carrier, but I couldn’t leave her free in the house anymore. My vet suggested I try Prozac, and Lucy now tolerates my absences without going into destructive mode. I’m able to leave her loose in the house.
One of the strategies I tried prior to medication was getting a companion for Lucy—a cat. Mama Catt was abandoned in the country near a friend’s winery. She lived in the wild, avoiding coyotes, at last approaching my friend with her kittens. Steve found homes for her kittens but she disappeared. When she turned up with a second litter, he found homes for all but two males, who he adopted. He adopted Mama Catt as well. Except all was not wonderful. Mama Catt and one of the grown kittens didn’t get along and frequently fought. Steve thought it would be better for all if he could find a good home for Mama Catt. Enter me.
Mama Catt has been part of my household around eight months now. She and Lucy have established lines which both respect. Mama Catt lives in the guest room with the door wide open. Lucy goes in, but MC doesn’t come out except when I carry her. They are relaxed in each other’s presence, but not yet buddies. I’m hopeful they’ll eventually get there.

Where to buy A Hero to Hold

Sheri Humphreys used to be an Emergency Room nurse, but today applies bandages, splints, and slings to the characters of her Victorian romance novels. She loves to ignore yardwork and housework and read—usually a book every three days. Having conjured stories in her mind her entire life, she wondered if she were normal. Then she began putting stories to paper and became a two-time Golden Heart® finalist. She lives with Lucy, a Jack Russell-mix rescue, and Mama Catt, a mouser of renown, in a small town on the central California coast.

A Hero to Hold received a prized Kirkus Star and was named to Kirkus Reviews’ Best Books of 2016.

Shout out to Project Freedom Ride

Boroughs Publishing Group is releasing an anthology of rescue dog short stories, November 8, 2018. My story Sparks is included. Proceeds benefit Project Freedom Ride: https://www.facebook.com/ProjectFreedomRide The nonprofit rescues dogs from Texas “kill shelters” and starts them on the road to their own family.