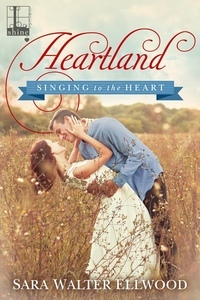 Although Sara Walter Ellwood has long ago left the farm for the glamour of the big town, she draws on her experiences growing up on a small hobby farm in West Central Pennsylvania to write her contemporary westerns. She’s been married to her college sweetheart for over 20 years, and they have two teenagers and one very spoiled rescue cat named Penny. She longs to visit the places she writes about and jokes she’s a cowgirl at heart stuck in Pennsylvania suburbia. Sara Walter Ellwood is a multi-published and international Amazon bestselling author of the anthology series Cowboy Up. She also dabbles in the paranormal genre with her The Hunter’s Dagger Series, which was previously published under the pen name Cera duBois.

Why did you write this book?
I actually came up with the idea for this book while writing the heroine’s parents’ romance back in 2010. When Heartstrings (Singing to the Heart book 1) was eventually published in 2013, I just had to wait a few years to write it—to allow the heroine to grow up.
What is your favorite genre to read?
Oh, wow, that’s a hard question because I read so many: contemporary romance, paranormal romance, science fiction (I’m a HUGE Star Wars geek), straight historical and romance, fantasy romance… I really can’t pick one.
Who is your favorite character from fiction (not including your own)?
It really is a tie between Scarlett O’Hara and Princess Leia (from the Star Wars Legacy universe—the old Expanded Universe).
What are you working on at the moment, and will see from you in coming months?
I’m working on A Hunter’s Wings–book 3, of my paranormal series, The Hunter’s Dagger Series. I hope to have it released by January. I’m also plotting and doing research for a time travel historical YA fantasy set in early sixteenth century England/Scotland. The story will involve two fairies who go back in time to prevent another time-traveling fairy from assassinating King Henry VIIs daughter before she can marry the Stuart King, James IV, which would prevent the eventual secession of the Scottish kings to the English throne.
Please tell us about your latest book.
Sex, drugs, and country music. That was the lifestyle for Emily Kendall, a Texas girl who hit it big on the country music charts—until she found herself pregnant and battling addiction. Now out of rehab and seeking a new life for herself and her unborn child, Emily returns to her hometown of McAllister. The last thing she’s looking for is trouble, no matter how good it looks in uniform.
A widower, single father, and former Army Ranger struggling with PTSD, Sheriff EJ Cowley has his own demons to battle while keeping folks safe. The last thing he needs is a troubled celebrity speeding through town in her bright red Maserati. But when someone from Emily’s past threatens her safety and the peace of McAllister, EJ has no choice but to protect her. And soon both will learn there’s more to the other than meets the eye. And that wounded hearts can love again. 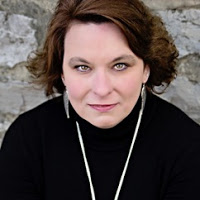 Title Gambling On A Dream
(Colton Gamblers Book 3)
Genre Contemporary Romance
Author Sara Walter Elwood
Book heat level (based on movie ratings):
With Everything At Stake…
It’s been years since Sheriff Dawn
Madison said goodbye to Texas Ranger Wyatt McPherson. She’s closed the door on
the heartache of her past. But when the sleepy town of Colton, Texas, is rocked
by a series of shocking murders, Dawn has no choice but to trust the man who
broke her heart if she wants to protect the ones she loves…
All Bets Are Off
Four years have passed. But Wyatt
hasn’t forgotten the bold, Native American beauty who stole his heart . . . and
broke it. Losing her and the life they had hoped to share left him an empty
shell of himself. But if he wants to stop the deranged killer terrorizing the
innocent kids of Colton, he’ll have to let Dawn back into his life. It’s a risk
he’s willing to take, even if heartache is all he takes home…

Although Sara Walter Ellwood has
long ago left the farm for the glamour of the big town, she draws on her
experiences growing up on a small hobby farm in West Central Pennsylvania to
write her contemporary westerns. She’s been married to her college sweetheart
for over 20 years, and they have two teenagers and one very spoiled rescue cat
named Penny. She longs to visit the places she writes about and jokes she’s a
cowgirl at heart stuck in Pennsylvania suburbia. Sara Walter Ellwood is a
multi-published and international Amazon bestselling author of the anthology
set Cowboy Up. She also publishes paranormal romantic suspense
under the pen name Cera duBois.

Posted on  04/29/2013 by Kayelle Allen
Cover Love at Romance Lives Forever is a short intro to a
book and includes a cover, blurb, buy links, and social media contacts for the
author. Today’s featured book is Heartstrings by Sara Walter Ellwood.
He’s determined to set things right, no matter the cost.
The last person Abby Crawford wants to face down is country music
superstar Seth Kendall. Last time she did, she flat-out lied so he’d go to Nashville without her. She’s
never understood why their mutual best friend proposed, but she went with it so
her baby wouldn’t be fatherless. Now she’s a divorced mother of a teenager, and
secretly Seth’s biggest fan.
Seth is home in McAllister,
Texas for his father’s funeral…and
a chance to meet the daughter he’s never known. He’s willing to face the music of
his own making and admit he’s known about his little girl all along. For fifteen
years he’s kept his distance because Abby told him to follow his dreams without
her, insisting she didn’t love him. But now he won’t leave until he knows his daughter
and she knows him, even if it means facing the woman who broke his heart for good.
Confessing she’s lied about her daughter’s paternity all these
years won’t be easy for Abby, especially with her ex blackmailing her to keep the
secret. And Seth doesn’t know the hardest truth of all: Every love song he plays
on his guitar still plucks her heartstrings.
Buy Links:
Lyrical Press: http://lyricalpress.com/heartstrings/
Amazon http://www.amazon.com/Heartstrings-ebook/dp/B00C2UXA26/ref=sr_1_2?ie=UTF8&qid=1364522227&sr=8-2&keywords=sara+walter+ellwood
Barnes and Noble: http://www.barnesandnoble.com/w/heartstrings-sara-walter-ellwood/1114954308?ean=2940016571454
iTunes: https://itunes.apple.com/us/book/heartstrings/id595340436?mt=11
Kobo: http://www.kobobooks.com/ebook/Heartstrings/book-OiMkWimCl0WeGGmGuVVs1A/page1.html?s=Ut_zW4l8y0Wlupo7V9q-3A&r=1