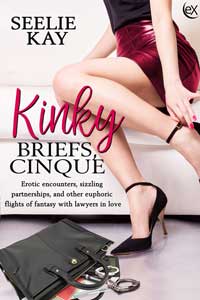 Where to buy Kinky Briefs, Cinque

Kinky Briefs, Cinque will be available from all other major booksellers after June 15.