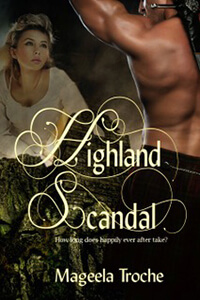 Mageela Troche, welcome to Romance Lives Forever. I’m Kayelle Allen, author and owner of this blog. Happy to have you here! Please tell us about Highland Scandal.

How long does happily ever after take?

They call her banshee. The taunt has pursued strong-willed Rowen Mackenzie through the glorious Scottish highlands. One man sees beyond the superstition–Lachlan Gordon. This brave highlander is the man she loves but duty requires her to wed another.

Wickedly charming, Lachlan Gordon has loved Rowen Mackenzie since his first glimpse of the ethereal beauty. As bastard of Chief Gordon, Lachlan can never claim her as his own. When his father, Laird Gordon, is murdered, Lachlan becomes the clan chief…too late to marry the woman he loves.

Years later, Rowen is now a widow and mother and her son is in danger. She jeopardizes her life and most importantly, her heart to protect her son. Lachlan is the only man who can help her. For a second chance at love, he must risk all—his clan, his life and his love to win even as secrets threaten their happiness and their very lives.

Will Rowen and Lachlan have their own happily ever after?

Do you write more than one genre? If so, what are they?

I now just write historical romance. I have a few ideas for a contemporary bouncing about my head.

How do you come up with ideas?

Each time, it is different. It might be a picture, a line I read, or a character enters my head. Highland Scandal came out about instantly. I just had to sit down and write.

What is the single most important part of writing for you?

I love revising a novel that when I can make it better and get deeper than when I write my first draft.

When did you write your first book?

I was about five. It was three pages long and printed in pink crayon. As an adult my first was a chick-lit that is buried in the deep recesses of my drive and that was about 2004.

Dogs or cats? Both

Where to buy Highland Scandal

An Air Force brat, Mageela Troche has lived throughout the world then landed in New York City. She wanted to leave the same day she arrived. Yet, with her stubbornness, Mageela learned to like the place and the libraries were the main reason. Since she was a little girl, Mageela wanted to be an author and an actress, however, once in college, she changed her life plan in the pursuit of money. After all, college loans must be repaid.
With life’s twists and turns, she returned to writing and focused on the romance genre. Mageela Troche’s first break came when she sold a short story to a magazine. She sold two more before the publication of her historical romance novel, The Marriage Alliance. She has gone on to write four more novels and a novella.
Mageela is currently writing in the cramped corner of her Big Apple apartment. She is the proud owner of a Black-masked lovebird named Boobula. She loves to hear from her readers and can be found online at MageelaTroche.com
Website https://www.MageelaTroche.com
Blog https://www.MATroche.com
Twitter https://www.twitter.com/MageelaTroche
Facebook https://Facebook.com/AuthorMageelaTroche
Pinterest https://www.Pinterest.com/MageelaTroche
Instagram https://www.Instagram.com/author_mageela_troche
Goodreads https://www.goodreads.com/author/show/7054733.Mageela_Troche
Amazon Author Page https://www.amazon.com/Mageela-Troche/e/B00CHTIRFW/ 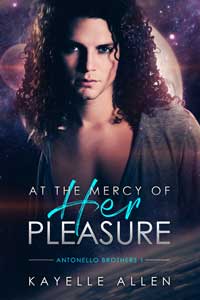 It’s #FreeBook Friday on RLFblog! Join us for a free book or two. Check out this collection of free reads and downloads. All genres and heat levels. This week’s featured book is At the Mercy of Her Pleasure by Kayelle Allen. Bookmark this site so you don’t miss a thing.

He must resist her. His brother’s freedom is on the line. But this virginal hero’s willpower is about to fade…
This fast-paced Sci Fi Romance features an adorable, fun-loving hero who’s half-human and half-cat and a by-the-book army captain heroine.
Hired to steal back a prototype taken by the imperial armada, Senth retrieves it, but his brother is kidnapped to force Senth to surrender the device. Now he has to rescue his brother, outsmart the armada, and keep the item out of imperial hands.
All doable, except for one small problem.
He must do it in the company of NarrAy, a genetically altered woman whose pheromones could enhance the mission or crumble it into dust with a single siren kiss.
He’s a thief. She’s a soldier. Do opposites attract? Oh, mercy!
Download your free book: https://books2read.com/u/m2o9P1
Free on KindleUnlimited 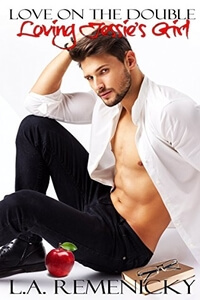 Until AJ Monroe left Indiana after college he had always lived in his identical twin brother’s shadow. He had made a life for himself in Denver, Colorado, away from Jessie, away from Indiana. But when AJ feared for his brother’s safety, he left everything behind to step back into the shadow he thought he had outgrown. Finding his brother was AJ’s only concern…until he met Jessie’s girl.
Fiercely independent, Rina Abbot hid her true situation from everyone, including her best friend, Jessie. Out of money and unable to care for her rescue dogs she had no choice but to accept the help of the handsome stranger with a familiar face. Afraid to trust him, she tried to ignore the feelings he stirred
within her as they searched for his missing brother.
But secrets never stay secrets for long. Finally open about their feelings for each other, Rina’s secrets began to wreak havoc on their lives. Would Rina’s secrets force AJ to give up his dream of loving Jessie’s girl?
Download your free book: https://www.amazon.com/dp/B01NACSATD/
Free on KindleUnlimited

How long does happily ever after take?
They call her banshee. The taunt has pursued strong-willed Rowen Mackenzie through the glorious Scottish highlands. One man sees beyond the superstition—Lachlan Gordon. This brave highlander is the man she loves but duty requires her to wed another.
Wickedly charming, Lachlan Gordon has loved Rowen Mackenzie since his first glimpse of the ethereal beauty. As bastard of Chief Gordon, Lachlan can never claim her as his own. When his father, Laird Gordon, is murdered, Lachlan becomes the clan chief…too late to marry the woman he loves.
Years later, Rowen is now a widow and mother and her son is in danger. She jeopardizes her life and most importantly, her heart to protect her son. Lachlan is the only man who can help her. For a second chance at love, he must risk all—his clan, his life and his love to win even as secrets threaten their happiness and their very lives.
Will Rowen and Lachlan have their own happily ever after?
Download your free book: https://www.amazon.com/dp/B07KQLLPQY/
Free on KindleUnlimited 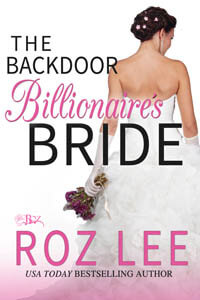 Ford Adams had led a charmed life, but if he doesn’t figure out how to make the equivalent of a silk purse out of a sow’s ear, and sell a boat-load of them, he and his mother might find themselves flipping burgers. Determined not to let that happen, he’ll need all the help he can get—especially from his sexy new business partner. If he can get her to take a chance on his crazy new idea, then maybe he can convince her to take a chance on him.
Becky Jean Parker’s life has been anything but what she’d imagined it would be, but she’d been content until a recent turn of events once again left her no choice. Unless she wants to wallow in bankruptcy for the rest of her life, she’ll have to go along with her new business partner’s insane plan and pray he knows what he’s talking about. The only thing crazier than Ford’s plan to sell sex toys is her attraction to him. Typical of her life, she’d had no choice but to fall for the one man she can’t have.
Download your free book: https://www.amazon.com/dp/B01DYCG5LI
Free on KindleUnlimited

In the Arms of a Stranger by Virginia Kelly 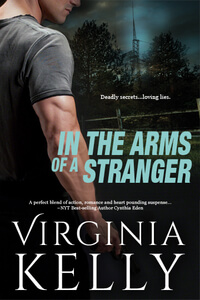 Wanted for treason…
Burned by his agency and running for his life, CIA Paramilitary Operator JP Blackmon is determined to clear his name. He tracks down his former partner, but when JP discovers the man is dead, he must turn to the only person who can help. His partner’s vulnerable widow.
Drowning in lies…
Abby Price never wanted anything but a safe home to raise her son with the man she loved. But her husband was hiding secrets. Secrets that branded him a traitor and got him killed. Now the CIA is watching Abby’s every move and she’s sure they’re hiding proof that would clear her son’s father. So when a stranger shows up swearing he’s her husband’s partner and asking for her help to find the truth, she agrees to risk everything.
A love neither can deny…
As JP and Abby race for answers, they must elude killers…and try to ignore a passionate attraction neither wants to face. Because JP has secrets of his own, and Abby will never allow herself to be betrayed by a man again. But in the end, it’s only by trusting each other that they can make it out alive.
Download your free book: https://www.amazon.com/dp/B01DOIPNME/
Free on KindleUnlimited