It’s #FreeBookFriday on RLFblog! Join us for a new collection of free reads and download good books each week. All genres and heat levels. Bookmark this site so you don’t miss a thing. 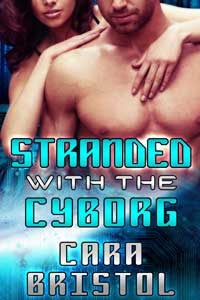 Each week, you’ll find free books to download and read. Some are straight up giveaways, some KindleUnlimited, others are Kindle Select, and some are free with newsletter sign up. Always a mix of genres and heat levels. These free deals may be limited in time, so please be sure to check prices before clicking the final buy button.

Stranded with the Cyborg

Cara Bristol
Ten years ago Penelope Isabella Aaron had been a pain in Brock Mann’s you-know-what. Much has changed in a decade: “PIA” as he code-named her, has grown up and is about to attend her first Alliance of Planets summit conference, and Brock has been transformed into a cyborg after a near-fatal attack. Now a secret agent with Cyber Operations, a covert paramilitary organization, Brock gets called in, not when the going gets tough, but when the going gets impossible. So when he’s unexpectedly assigned to escort Penelope to the summit meeting, he balks at babysitting a prissy ambassador. But after a terrorist bombing, a crash landing on a hostile planet, and a growing attraction to his protectee, Operation: PIA may become his most impossible assignment yet.
Download your copy here:
https://books2read.com/u/bQZ9jE
(Permafree) 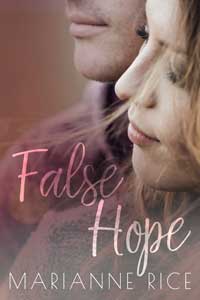 Marianne Rice
Emma Fulton never had to worry about much. Socially driven and happily single, she’s been blessed with charm, good looks, and a close-knit community. But after a medical emergency, a dollop of family drama, and a series of near-tragic events, she finds she must question who she can trust.
Preferring solitude to intimacy, Mason Tucker’s relatives make it difficult to escape social gatherings and small talk. When Emma’s mother marries into his family, he finds himself reluctantly drawn to the beautiful woman who is his complete opposite. But after helping her through a terrible discovery, Emma begins to break down some of Mason’s communication barriers and insecurities.
When Emma asks for his assistance in tracking down a secret, Mason tags along in order to keep her safe. Unfortunately, not everyone has Emma’s safety in mind when danger waits for the perfect opportunity to strike.
Download your copy here: https://www.amazon.com/dp/B071HP1FP4/
(Free on KindleUnlimited) 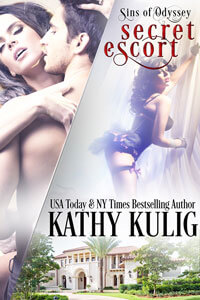 Kathy Kulig
Mariko Maguire refuses to let another man break her heart. So why not indulge in a sexual fantasy? If she’s daring enough, she’ll abandon prior commitments, shed inhibitions for one wickedly lustful evening in an adult club with two very different but sexy men.
Justin is a college professor who’s confronting secrets and regrets from his past. He awakens the potent heat of desire within Mariko. He wants her, but is she ready for what he has in mind? Carter, a commercial pilot, is always looking for a new sexual adventure and more than willing to be Mariko’s escort. A ménage is their kinky plan, but what happens when love gets tossed into the middle?
As one passionate night takes an unexpected turn, whose heart will break and who will walk away from their naughty encounter at Dark Odyssey?
Download your copy here: http://smarturl.it/KathysHotNews
(requires newsletter sign up) 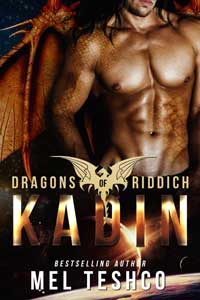 Mel Teshco
Dragons will search the universe for their one true mate…
Grace has a special ability. She senses paranormal beings. It’s the perfect trait to have as an operative for the Paranormal Detection Agency. A pity her next target, Kadin Marres, doesn’t just trigger her paranormal senses…he triggers her lust too.
Kadin has been aware of the elusive Grace for some time now and has waited patiently for her. She’s a dragon breeder, and once he finally has her, he isn’t about to give her up. Not even if it means she goes from hunter to hunted.
Download your copy here: https://www.amazon.com/dp/B01MQYE12B/
(Permafree) 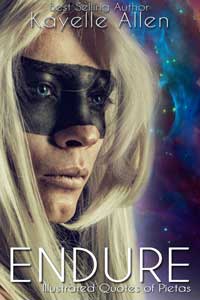 Kayelle Allen
Illustrated Book
What does the most dangerous man in the galaxy have to say about enduring?
Known to other immortals as the Bringer of Chaos, Pietas is the most powerful of all the Ultras. This 7′ tall warrior has platinum hair and eyes the color of raw turquoise. His beauty is legendary. So is his prowess at war. A scientist, brilliant strategist, and passionate lover, this immortal understands the need to accept what life throws his way, to embrace change, and take destiny into his own hands.
Thirty beautifully illustrated quotes.
You’ll get 3 more free books plus other exclusive content for members only.
Download your copy here: https://kayelleallen.com/bro
(requires newsletter sign up)
Cover model for Endure: Nik Nitsvetov (courtesy of DepositPhotos.com)