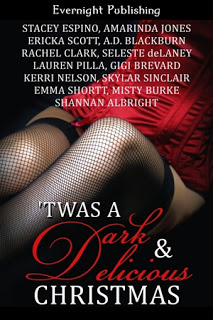 Holiday Spirits can mean a multitude of things.
For some, getting in the holiday spirit means shunning the materialism and commercialism of the season and embracing the “true meaning” of Christmas (i.e., Christ’s birth in Bethlehem).
For others, holiday spirits means all the fantastic “spirits” that can be found behind the shelves of your local bar or liquor store. They look forward to toasting the season with spiked eggnog, Irish cream, or perhaps a lovely holiday mojito.
For Dickens, holiday spirits were the ghosts of Christmases Past, Present, and Future. Each one had a message to deliver to Scrooge, enabling him to discard his signature “bah-humbug” for a large helping of Christmas cheer.
Although holiday spirits can mean all those things, there is an often unrecognized portion of the population for whom the holidays don’t hearken in joy and goodwill, but depression and desperation. The lonely, the homeless, the ill, people struggling with addictions, and those who’ve lost loved ones and are having a hard time coping with life — let alone celebrating. Even the most normal-appearing folk often have trouble reconciling their high expectations of the season with reality. Holidays often aren’t perfect and can often be more full of stress and strife than peace and joy.
In my latest short story, A Christmas Curse, published in ‘Twas a Dark & Delicious Christmas anthology, Frank Moran, a paramedic, runs across a long-running string of suicides. Every Christmas Eve, someone leaps six floors to their death from the same apartment. He’s shocked to find out that the deaths have been occurring for the last 20 years with only one survivor, Amanda Spaulding, who was only 5 years old when she endeavored to jump to her death. He tries to get the police to investigate but there is nothing to point to foul play, in fact, the police think the apartment is just the venue the people choose to use to take their own lives. When Frank’s wife dies, he’s pitched into his own sea of despair. The only thing keeping him sane is investigating the suicides. To do so, he rents apartment 666 and camps out on Christmas Eve, determined to break the trend or to die trying. When Amanda Spaulding shows up at his door, Frank is suspicious of her and her motives. Has he finally discovered a diabolical serial killer or is she truly the innocent victim she appears to be?
Although my story is pure fiction, it touches upon a subject often swathed in silence and not often discussed during this time of rejoicing. Suicide takes the lives of nearly 30,000 Americans every year. So, show your holiday spirit, go out to SAVE.Org, know the warning signs of suicide, and make this a more joyous season for everyone!
Merry Christmas –

===========
Ericka Scott is a multi-published, bestselling author of seductive suspense. She’s written stories for as long as she can remember and reads anything under the sun (including the back of cereal boxes in a pinch). She got hooked on romantic suspense in her college days, when reading anything but a textbook was a guilty pleasure. Now, when she’s not chauffeuring children around, wishing she had more than 24 hours in a day, or lurking at the library, she’s spinning her own web of fantasy and penning tales of seduction and suspense. She currently lives in Southern California with her husband and three children.

She also loves friends, so come friend her at http://myspace.com/erickascott

She’s also on Facebook at http://facebook.com/ericka.scott  and Twitter http://twitter.com/ErickaScott
You can find out more about her books at http://www.erickascott.com