Posted on  05/31/2013 by Kayelle Allen
Sweet Potatoes, Croquet, and Summer Fun for Authors!
Summer is fast approaching and our muses are itching to get out
and enjoy the sunshine. It’s a great time to pack that picnic basket with crowd
pleasing treats like Sweet Potato Croquettes.
Sweet Potato Croquettes are quick and easy to whip up. Toss these
ingredients in your shopping cart:
1 box corn flake cereal
1 40oz can yams (you can use candied if you prefer)
1 bag mini marshmallows
Cinnamon or Allspice
When you get home put that watermelon in the fridge to chill
then preheat your oven to 400 degrees. Next you can get rid of all your pent up
noveling anxiety by crushing the corn flakes, don’t make them too fine though you
want some nice bits.
Now put the yams in a bowl and mix with cinnamon or allspice
to taste. Once thoroughly mixed roll yams in ping pong or golf ball size balls with
a marshmallow or two in the center.
Next just roll the yam balls in the crushed corn flakes until
coated and place on a lightly greased cookie sheet. Once all rolled pop your croquettes
into the oven for 15-20 minutes or until done.
While you’re waiting for your Sweet Potato Croquettes you can
grab your mallet and try to get through the wickets or… You can hop online and make
sure you’re signed up for Marketing for Romance Writers.org’s A Taste of Summer
Camp.
This three-day summer conference taking place July 12th thru
14th won’t disappoint. There will be great opportunities for learning, sharing and
don’t forget the prizes! The best part it’s FREE. That’s right a free, online conference
with goodies to boot.
Don’t miss out just because Romance is in the name. MFRW supports
all genres and most classes can be applied to all areas of marketing and writing.
The group’s motto says it all. Seek, Teach, Share, Learn, Succeed.
Registering for the conference is easy just join MFRW’s Yahoogroup and you’ll be in the loop for A Taste of Summer Camp.
Now mark your calendar, get those Sweet Potato Croquettes out
of the oven, and get started on your summer fun! Be sure to keep a look out for
more Taste of Summer blog posts from fellow MFRW members as we spread the news about
this awesome event.
Author Elise VanCise Book:
Don’t Touch
Dr Ryan Reign has unlocked a gift she calls a curse. Detective
Jackson Prince and his partner need her help to stop a serial killer before he kills
again. One problem Dr. Reign can’t touch or be touched. Can the hard as nails cop
Jackson find a way to touch her heart without touching her skin in order to stop
the bloodshed?
Smashwords https://www.smashwords.com/books/view/299170

Elise VanCise, freelance photojournalist and award winning author,
is published in both print and digital media. Elise is a Florida Cracker, with a
love for adventure and historic places. She is the NaNoWriMo Municipal Liaison for
Lake County, Florida,
and Founder of Lake Writers of Lake County,
Florida. She’s also a member of She
Writes, Marketing for Romance Writers.Org, and the EPIC Public Relations Team, and
is an advocate for Public Libraries, Young Writers, Autism, and COPD.

HALF: Interview with Elise VanCise 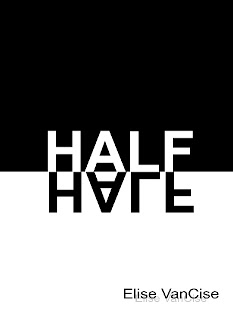 Elise, welcome to
Romance Lives Forever! Let’s jump in and learn details about your book, Half.
Genre: Paranormal Thriller
Buy links (you may list several):
Smashwords https://www.smashwords.com/books/view/206978
Literary Emporium http://www.lulu.com/spotlight/elisevancise
Publisher:
Cover artist: Elise VanCise
Length (words): 39,570
Heat rating (as for movies, R, PG13, etc.): R
Tagline: Which HALF will win?
Blurb: Guarding CEO Alex Blazen during a charity gala was an
easy job for Valeska Gorstef…until all hell breaks loose…literally. Forced to
face her own darkness, Valeska may lose her only chance to live a human life. Two
sides of her soul will be at war. Which HALF will win?
What are your main characters’
names?
Valeska Gorstef, Alex Blazen
Occupations?
Valeska owns Black Knight Securities and works as personal security
for clients. Alex is CEO of Blazen Enterprises. A conglomerate of different industries
and businesses including medical research.
Tell us about your latest
book, including its genre. Does it cross over to other genres? If so, what are they?
HALF is a paranormal thriller, with dashes of action, horror,
and of course romance. HALF centers around Valeska Gorstef. When she takes a job
as personal security for CEO Alex Blazen, Valeska is forced to look at the dark
half of her soul she’s tried to keep buried. She may be forced to make choices that
will lead herself those she cares about most deep into that darkness. Her fear is
not being able to come back into the light. Which HALF will win?
What do you enjoy most
about writing?
I love the process of creation. Seeing the world in my head unfold
and grow as it falls onto the paper. Falling in love or hate with the characters
as they become three dimensional.
If you could give the
younger version of yourself advice what would it be?
Don’t let others instill doubt, be confident in who you are.
Be the square peg in the round hole.
Is your muse demanding?
She can be very demanding at times. To the point of being in
a shop and having to stop in the middle of it, pull out pen and notebook to write
down the idea pouring out.
Are your stories driven
by plot or character?
I believe both, I think of it as planting a garden. The characters
are the seeds and the plot the soil, water, and sun. You see and feel the characters
grow with the foundation of the plot goal and the events that surrounds it guiding
the growth until they finally bloom.
What are some jobs you’ve
done that would end up in a book?
I’ve had a couple of interesting jobs. The ones that might make
it into a story in one variation or another would be administrative secretary for
a school, medical records researcher, clerk for supervisor of elections office.
What do you hope readers
take with them after reading your work?
I hope they were able to feel like they were part of the story.
List two authors we would
find you reading when taking a break from your own writing.
Elmore Leonard, JD Robb
A biography has been written
about you. What do you think the title would be in six words or less?
Yes, She Did.
If money were not an object,
where would you most like to live?
If money were no object I would have a huge luxury house boat.
I could dock anywhere I wanted for as long as I like, then try some place new.
Picture yourself as a
store. Considering your personality and lifestyle, what type of products would be
sold there?
I’m a casual kind of person. I can dress up and be fancy when
the occasion calls for it but mostly comfy jeans and a soft tee, other products
would be DVDs I keep a stack handy on my desk to pop in while I’m working. Mugs,
I have an addiction to mugs and coffee cups, and peanut butter Oreos.
Do you play any online,
board, or role-playing games? Which ones?
I’ve not been playing a lot of games as of late. On Facebook
I play The Ville, Family Farm, You Don’t Know Jack. And on G+ I love Gangs of Boomtown.

Please Fill in the Blanks

I love pizza with extra pepperoni.
I’m always ready for an adventure
When I’m alone, I read, write, or plot J
You’d never be able to tell, but I am near sighted in one
eye and far sighted in the other. It really messes with my perception sometimes.
If I had a halo it would be crooked.
If I could win the lottery I’d travel to all the places
on my list.
I can never change a light bulb because I’m so scared
of heights I won’t get on a step ladder.