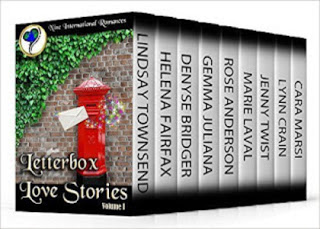 Today’s double feature features award winning and best selling author, Denysé Bridger. As an award-winning, best-selling author, Denysé Bridger writes about a multitude of things, always with a touch of romance, passion, and fantasy. Her heroes are solid, driven alpha men who are willing to do whatever it takes to win the heroine’s heart and trust, while her heroines are strong, emotionally courageous women who put their hearts on the line for the men they love. Passionate, honorable characters drive Denysé’s stories, in whatever genre you find them in.

Includes All Or Nothing by Denyse Bridger

Casino Coranthos is a playground for wealthy, bored people, but for some, it’s also a place where dreams and promises change lives forever. When a letter becomes part of an unexpected inheritance for Ryann Thomson, her aunt’s past brings her face to face with Ariston Katsaros, a man haunted by loss and driven by anger. As the attraction between them sizzles and grows, can Ryann convince him she isn’t looking to rob him or his father of anything, or will she become a casualty of Ari’s vengeance? In this dangerous game of all or nothing, her heart is at stake as well as her future happiness… 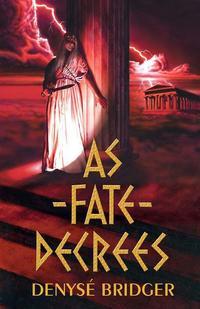 Genre Historical Fantasy
Author Denysé Bridger
Book heat level (based on movie ratings): PG
The gods of ancient Greece must find a mortal champion to defend their fate.
“Go and seek the one I have told you about, she is frail and in need of help. Look not of upper blood, for I have seen her down in the dirt. She is held against her will. Find her and you shall find your savior.” — The Oracle of Delphi
In ancient Greece the young maiden, Amarantha, is captured and sold in the slave market of Athens.
“What fates await?” she wonders. “And what divine design will the Olympian gods have for me?”
As unexpectedly as she had found herself placed in chains, Amarantha finds herself purchased by a mysterious master who refuses to reveal his true identity.
But he is no ordinary man, nor she an ordinary slave.
Under her master’s tutelage, Amarantha is trained as a fighter and challenged to prove herself in battle after battle until her skills are perfected and she is granted the right to know his true identity.
He is Ares, god of war and the son of Zeus. And she is to become Champion to the gods of Olympus; bound forever to serve and vanquish all foes until the gods themselves grant her peace.
But even gods are not immune to the fickle twists of fate, and Amarantha is soon ripped from her quiet resting place and cast through time itself to do battle with a modern day reincarnation of an old foe – a madman bent on rewriting history to suit his own twisted desire.
She must act quickly to win this battle, for the fate of all Olympian gods hangs in a delicate balance between immortality and the realization that even the gods themselves may be returned to the dust from which they arose.