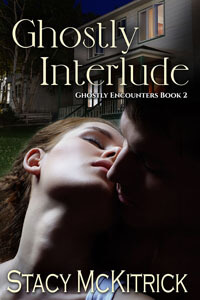 Cancer hit Hubby and me three times since 2016. Thank GOD we see doctors regularly and follow through with scheduled but annoying, tests. Because they probably saved our lives.
In January of 2016, Hubby felt a tickle in his throat that wouldn’t go away. He went to his doctor who promptly got him an appointment with the ENT who promptly scheduled surgery. Diagnosis: tonsil cancer. Two more surgeries (and a PET scan) later, Hubby was diagnosed cancer-free. But cancer was apparently hiding. In January of 2017, Hubby felt a lump on his neck. Yep, cancer. The same cancer DNA as the first: HPV. Hubby probably had this in his system for decades and never knew it.
This time around he not only had surgery to remove the lump, but now he needed chemo and radiation. Overall, he lost 100 lbs. Not the best way to lose the weight, but he’s determined not to gain it all back.
While he was recovering from all that, I had my annual mammogram in July of 2017. Results came back wonky and they suggested I have a biopsy. This was not unfamiliar territory for me. I’ve had several wonky mammograms followed by biopsies, cysts drained, and two lumps removed (both fibro abnomas). Even though I was sure I didn’t have cancer, I went along with the biopsy because it’s always better to be safe than sorry.
When the doctor told me I had breast cancer, I really didn’t believe him at first. Thought it was some kind of mistake. Then he went over my choices: lumpectomy w/radiation or mastectomy.
I thought: Holy crap! I have breast cancer.
I couldn’t think. Couldn’t make a decision. I needed Hubby with me (I went alone because I didn’t think he was needed for that appointment!).
I also thought: I don’t want to miss my trip to California!
My dad was getting up there in age (92) and I had plans to see him in October. They wanted to do surgery then.
Getting a mastectomy would have put a stop to that trip, so I chose the lumpectomy. And I’m so glad I did. My father passed away a couple of weeks after I returned home.
Radiation happened during Christmas, but it wasn’t so bad (I’ve seen people get burned) and I was sure I wouldn’t need chemo because the cancer wasn’t found in my lymph nodes. Then I was told about the tests the doctor ran on my cancer to determine the probabilities of it returning in my bones. Seemed I fell into the “no man’s land”: chemo MIGHT prevent it or it MIGHT not. Great. I love when things are vague, don’t you?
As I struggled to make this decision, I discovered one of the many side affects of the chemo was that I could develop another type of cancer. I wasn’t willing to trade the possibility of getting one cancer for the possibility of getting another, so I decided against chemo. Thankfully, Hubby supported my decision.
Hubby and I are doing well now. He got his port removed in August and is at a weight that’s healthy for him. And my last mammogram came back clear, although I’m getting them done every six months for awhile. There’s still the possibility cancer can return, and if it does, I’ll deal with it. Because you CAN beat cancer. Hubby and I are proof.

Genre: Paranormal romance
Book heat level (based on movie ratings): R
Maggie Russell—legal assistant by day, horror writer by night—gets the scare of her life when she wakes up in a strange café without any idea of how she got there. But if she tells anyone about her sleepwalking escapades, she could lose her grandmother’s house, and she’d fought so hard to keep it.
Dean Parker is a private investigator whose office is next door to Maggie’s law firm. He’s been eyeing the pretty brunette ever since she started working there, but getting involved with anyone isn’t in his game plan. When he finds out she’s been having sleeping problems, he suspects her money-grubbing cousin is involved. Instead, he discovers something worse: a ghost is living with Maggie and it appears another may be possessing her.
Dean is determined to help Maggie rid her home of the uninvited guests. He just never figured his attraction to her would be reciprocated. Keeping his distance is no longer an option, though. If he fails, Maggie could very well be possessed forever.

Where to buy Ghostly Interlude

Stacy McKitrick fell in love with paranormal romance, decided to write her own, and found her passion in life. She used to work in accounting, now she spends her time with vampires, ghosts, and aliens, and is the author of the Bitten by Love and the Ghostly Encounters series. Born in California, she currently resides in Ohio with her husband.
Website http://stacymckitrick.com
Blog http://www.stacysrantings.blogspot.com
Facebook https://www.facebook.com/StacyMcKitrickAuthor/
Goodreads https://www.goodreads.com/author/show/6564751.Stacy_McKitrick
Amazon Author Page http://amazon.com/author/stacymckitrick
Newsletter http://eepurl.com/bCN0Oz