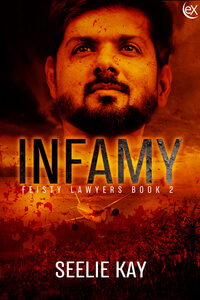 Genre: Romantic suspense, contemporary romance
Book heat level (based on movie ratings): R
When international law attorney Sheikh Harun Ali is lured to the Amazon and warned of a frightening plot against the United States, he and his wife, Marianne Benson, enlist the assistance of their neighbors, covert agent Cade Matthews and his wife, Constitutional Law Professor Janet MacLachlan. Ultimately, these feisty lawyers are pushed to the wall, desperate to find a plane that has been buried in an unknown cornfield, the passengers still on board. The terrorists’ hatred for the Alis is absolute—the Alis once left their organization bankrupt and broken—but they hate America more. And their fiendish games are just beginning. They are seeking a much bigger prize, one that could destroy a nation and possibly the world. An act that will live in infamy.
Why did you write this book?
The characters featured in this story—Sheikh Harun Ali and his wife, Marianne Benson–are both lawyers who focus on international law and their practice is devoted to compensating the victims of terrorism. So I was looking for a new hook, something on the horizon that could pose a serious threat to the world and in particular, the United States. I found it in an article on advances in “cloaking” technology or making planes disappear. For years, we have had stealth planes that do not appear on radar, but can be seen in the air if anyone is looking. I wanted to take that a step further: What if someone created a means to actually cloak a plane and hide it from everyone’s view? What if that technology fell into the hands of terrorists? And “Infamy” was born.
What is your favorite genre to read?
I love lawyer and detective fiction in the suspense genre, books like the Alex Cross series by James Patterson or J.D. Robb’s In Death series.
Who is your favorite character from fiction (not including your own)?
Lt. Eve Dallas, a homicide detective in the future, who is married to one hot and very rich Irishman!
What are you working on at the moment?
The third book in the Feisty Lawyers Series, “Cult.”
What books will we see from you in coming months?
In addition to “Cult,” I have a book called, “Seizing Hope” on the horizon. It’s a tale about four law school classmates who, after graduation, marry and are ultimately kicked to the curb, financially and emotionally devastated. They band together to right the wrongs inflicted on them and yes, achieve revenge. They are “divorce divas” and they are not afraid to seize hope—the belief that a better life awaits them.

Where to buy Infamy