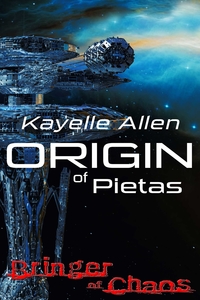 It’s #FreeBook Friday on RLFblog! Join us for a collection of free reads and downloads. All genres and heat levels. This week’s featured book is Bringer of Chaos by Kayelle Allen. Bookmark this site so you don’t miss a thing.

Bringer of Chaos: the Origin of Pietas by Kayelle Allen

Immortal Council member Pietas, leader of the Ultra race, wants nothing to do with faithless, lying humans. After discovering humans captured and tortured his people, Pietas declares war. To him, humans deserve nothing more than conquest and elimination. They possess no honor. They lie, cheat, and sign faithless treaties. He washes his hands of them.
Following centuries of battle, Pietas learns with dismay that the Ultra High Council has agreed to peace talks. He suspects a trap, but grudgingly complies. Upon arrival at the site, his worst fears are realized. Cornered, out of options and with his beloved mother’s immortality at stake, Pietas surrenders.
Now a captive of the people he loathes, Pietas is left for dead on the planet Sempervia. He can’t survive on his own. Six, a human soldier abandoned with him, offers food and water. Is this man worthy of friendship? Or is this another trap?
Either way, Pietas must do the one thing he detests. Trust a human…
Download your free book: https://books2read.com/u/4DovO7
Free on KindleUnlimited

The Reluctant Wife (Children of Empire 2) by Caroline Warfield 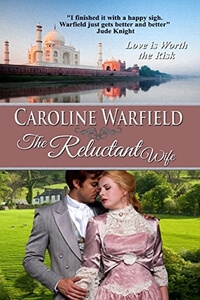 Captain Fred Wheatly’s comfortable life on the fringes of Bengal comes crashing down around him when his mistress dies, leaving him with two children he never expected to have to raise. When he chooses justice over army regulations, he’s forced to resign his position, leaving him with no way to support his unexpected family. He’s already had enough failures in his life. The last thing he needs is an attractive, interfering woman bedeviling his steps, reminding him of his duties.
All widowed Clare Armbruster needs is her brother’s signature on a legal document to be free of her past. After a failed marriage, and still mourning the loss of a child, she’s had it up to her ears with the great lout of a captain who can’t figure out what to do with his daughters and the assumptions she doesn’t know how to take care of herself and what she needs is a husband. If only the frightened little girls didn’t need her help so badly.
Clare has made mistakes in the past. Can she trust Fred now? Can she trust herself? Captain Wheatly doesn’t need his aristocratic family; they’ve certainly never needed him. But with no more military career and two half-caste daughters to support, Fred must turn once more—as a failure—to the family he failed so often in the past. Can two hearts rise above past failures to forge a future together?
Download your free book: https://www.amazon.com/gp/product/B06XYRRR1R/
Free on KindleUnlimited 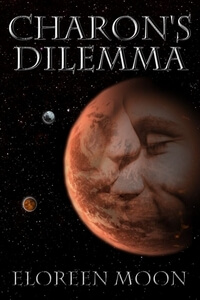 Crown Prince Charon of the Hoomun nation on the planet Prenides has a problem. it’s almost time for him to marry but no one has caught his interest. Charon is not romantically interested in male or females, but he prefers males. In order to prevent war, he will do his duty and accept an arranged marriage. It got complicated when he meets someone the night before he is to marry his intended, and he’s never met him. It’s an archaic rule but what he has to live by for the moment.
Crown Prince Reddington of the Gryphun nation was glad that a more permanent cease fire was about to be finalized. He had been involved in the war between the Hoomuns and the Gryphuns for decades. He was tired and ready for a partnership. He meets his intended their fathers have contracted to keep the peace as his other half. He may have just found his mate who may be more than he seems.
Download your free book: https://claims.prolificworks.com/free/etaHxvGs
(requires newsletter sign up)

My Mr Manny by Jennifer Garcia 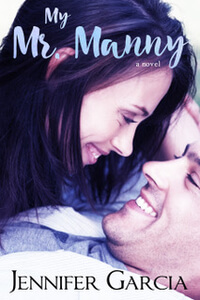 After getting swept up in nostalgia and losing herself in a quickly progressing romance, her fantasy falls apart. She is left to raise her precious little girl, Lucia, on her own. The demands of Mia’s work schedule and Lucia’s needs increase, and their lives become increasingly hectic. It is soon clear to Mia that she needs help. Luckily, her life-saving cousin saves the day and brings the mother and daughter a male nanny – their new “manny.”
After losing his high-pressure job on Wall Street, Dominic Roberts wants to follow his dreams to have a family. He’s already one fiancée down, and there are no likely prospects for another. In order to find the family he so desperately wants, he finds himself getting into the manny business. Since he is fully qualified to provide childcare and is eager to leave New York City behind, his sister-in-law is able to land him a job in California working for his first client – the beautiful and intriguing Mia Balducci.
Will Lucia like the new man in her mother’s life? Will Mia? And will this new trio discover the happily ever after they all so desperately seek?
Download your free book: http://bit.ly/MMMzon
Free on KindleUnlimited

The Mystery at Falconbridge Hall by Maggi Anderson 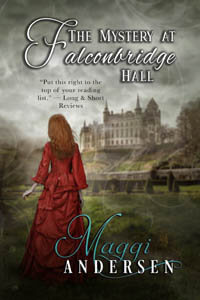 What lies beneath the ordered world of Falconbridge Hall?
Vanessa Ashley considered herself qualified for a position as governess, until offered the position at Falconbridge Hall. Left penniless after the deaths of her artist father and suffragette mother, Vanessa draws on her knowledge of art, politics, and history to gain employment as a governess. She discovers that Julian, Lord Falconbridge, requires a governess for his ten-year-old daughter Blyth at Falconbridge Hall, a huge rambling mansion in the countryside outside London. Lord Falconbridge is a scientist and dedicated lepidopterist who is about to embark on an expedition to the Amazon in search of exotic butterflies.
An enigmatic man, he takes a keen interest in his daughter’s education, but Vanessa fears that he may disapprove of her modern methods. As she prepares her young charge to enter into the modern world, Vanessa finds the girl detached and aloof. As Vanessa learns more about Falconbridge Hall, more questions arise. Why doesn’t Blythe feel safe in her own home? Why is the death of her mother, once famed society beauty Clara, never spoken of? And why did the former governess leave so suddenly without giving notice?
Download your free book: https://www.amazon.com/gp/product/B079849KH7
Free on KindleUnlimited

Taken as Theirs by Kryssie Fortune 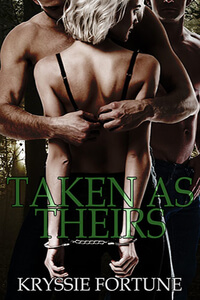 As a breeder–one of the few fertile women left in a ruined, plague-ravaged world–Cassie would fetch a handsome price at auction, and selling her to the highest bidder was exactly what her captors had in mind… until two fearsome beasts decided to take her for themselves.
Eli and Dane have chosen Cassie for their mate, and when she makes a foolish attempt at escape she quickly ends up tearfully promising obedience as her bare bottom is soundly and shamefully punished. Her body’s response to their stern dominance cannot be denied, however, and it isn’t long before she is screaming out her intense, helpless pleasure as she is roughly and thoroughly claimed. But will Eli and Dane’s pack accept a human girl or will Cassie be an outsider forever?
Publisher’s Note: Taken as Theirs includes spankings and sexual scenes. If such material offends you, please don’t buy this book.
Download your free book: https://amzn.to/2AB4Z3l
Free on KindleUnlimited