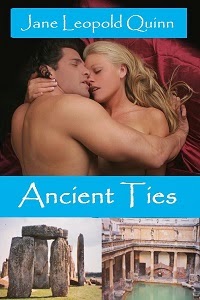 Sensual fantasies were locked in my mind for years until a
friend said, “Why don’t you write them down?” Why not, indeed? One
spiral notebook, a pen and the unleashing of my imagination later, and here I
am with more than a dozen books published. The craft of writing erotic romance
has become my passion and my niche in life. I love every part of the creative
process—developing characters, designing the plot, even drawing the layout of
physical spaces from my stories. My careers have been varied—third grade school
teacher, bookkeeper, secretary—none of which gave me a bit of inspiration. But
now I’m lucky enough to write romance full time—the best job in the universe!
And I’m fortunate enough to have found my own happily ever after husband.