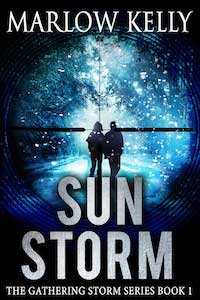 Age: 33 years old
Gender: Male
Birthplace: Denver, Colorado
Profession: A beekeeper after spending 15 years with the US Army Special Forces
Please provide a physical description of your character.
He is 5’11 tall with sandy, shoulder-length hair, and a scruffy beard. Lean and fit. Light green eyes that can scare people with a look. His friends call that look his death stare. He was grazed by a bullet in Afghanistan which left him with a long scar across one side of his face. It parts his beard with a jagged white line.
Please tell us a little about your character.
He is tired of killing, death and danger. He feels like he’s been fighting his whole life. First when he killed his stepfather for abusing his twin sister. After that they ran away from home and lived rough on the streets of Granite City, Montana. He needed some peace in his life. That’s why he didn’t want to get involved with Marie, but she was in trouble. He took one look at her soft brown eyes and knew he had to save her.
Who is the significant other in your character’s life?
Dr. Marie Wilson is very pretty although she doesn’t seem to realize it. She’s also a genius with two PhD’s one in Mechanical engineering, and the other in organic chemistry. She’s been sheltered by her rich father, but has never been loved. She has invented a small solar panel that can fit into a backpack and generates enough electricity to power an office building. She’s very naive and doesn’t seem to realize the consequences of her actions. She thought everyone would welcome her invention, but she was wrong. There are powerful people who will kill to stop her prototype being commercially developed.
How educated is this character? Is he book smart, self-taught, widely-experienced?
David received his GED while housed at a Granite City charity, Marshall House. He got his degree in business through the GoArmyEd program, which allows soldiers to earn their degree while serving.
Does he scrape by, live comfortably, live extravagantly?
He’s not rich, but has enough money to survive. He’s a man with very few needs. He doesn’t care about clothes or luxuries. He owns a ten acre parcel of land near Missoula, Montana. There’s a small camper on the land and a stream nearby to bathe in. He owns five beehives, which is a great start to his beekeeping business.
What does he have a knack for doing?
Surviving. He’s the ultimate survivor. He survived the hardships of living on the streets and he also survived getting shot in the face when he was with the Special Forces.
What is your character’s family like?
David’s father died when he was eight. His mom remarried when he was twelve, and died a year later. When he was fourteen he caught his stepfather trying to rape his twin sister, Sinclair. The Twins ran away, and made it to Granite City before they ran out of money. When they were living on the street they met Michael and Tim. The four of them stuck together, looking after each other. Later they joined the army where they met Finn Callaghan. The five of them have been family ever since.
How do others perceive your character based upon looks? How true is this assumption?
He believes his facial scars reveal the monster he has become. He has a very threatening demeanor, which he developed as a teen when he was living on the streets. Most people are scared of him, which suits him just fine. He’s puzzled as to why Marie can see through his facade.
Does your character care about those assumptions?
No, he doesn’t care what anyone thinks, except Marie. He cares about her. In spite of himself he wants her to like him. He can’t help it. Without trying she has gotten under his skin.
What inner doubt causes your character the most difficulty?
He’s scared that his ability to survive translates into an ability to kill. He refuses to carry a weapon because he doesn’t want to kill anymore. He’s so tired of death.

To honor the person who chose to share your story, please answer at least four of these questions. Questions with more than one point should be considered one question. You may answer as many more as you like.
Why do you think your writer chose to write about you?
Because she’s nuts. She could have written about a classically handsome man who was charming and had his act together, but she wrote about a burned out ex-soldier who’s struggling to come to terms with his actions in combat.
Why do you think your writer loves to write?
Once again, I think she’s nuts. She loves writing and at the same time she hates it. It’s a weird compulsion. One she wishes she could ignore. But the characters make up stories in her head, especially at night when she’s trying to sleep.
What other character from your book do you think your writer should write a book about? Care to tell us why?
She plans to write stories about all the members of my adopted family. We’re all street kids who come from disadvantaged backgrounds. We all have stories to tell about how we ended up on the street and how we’re going to find happiness. Tim’s story, Fire Storm, is next, and then she’s going to explore Michael and Sinclair’s romance in Wind Storm. The last book, Storm Surge, will be Finn and Kennedy’s story. She’s already written about how Finn and Kennedy met in the novella, The Wedding Deception.

Dr. Marie Wilson is a scientist on the verge of a breakthrough. She has come to Montana on the eve of a blizzard to prove her small, portable solar panel can generate electricity even in the harshest environment. But when four men invade her remote cabin with plans to kill her, she knows she’s in trouble.
Ex-Special Forces soldier, David Quinn, has had enough of danger and death. All he wants is to be left alone on his Montana acreage to pursue his dream of being a beekeeper. But when his old mentor convinces him to help retrieve a stolen solar panel, he thinks it will be a simple job. But the moment he sets eyes on Marie, he knows their assignment is all kinds of wrong.
Together, they escape. Chased by a businessman with unlimited resources, a gunman and a corrupt police force, they are thrust into the frozen Montana landscape. Can a cynical soldier and a naive scientist learn about love and trust in order to survive?
Amazon https://www.amazon.com/dp/B07466K711

After being thrown out of England for refusing to drink tea, Marlow Kelly made her way to Canada where she found love, a home and a pug named Max. She also discovered her love of storytelling. Encouraged by her husband, children and let’s not forget Max, she started putting her ideas to paper. Her need to write about strong women in crisis drives her stories. Marlow is an award-winning author, and a member of the Romance Writers of America.
Website http://www.marlowkelly.com
Blog http://www.marlowkelly.com/marlows-blog
Twitter https://twitter.com/want2write
Facebook https://www.facebook.com/marlowkelly
Pinterest http://www.pinterest.com/Marlowkelly14/
Amazon Author Page https://www.amazon.com/Marlow-Kelly/e/B00MZE72CS
Newsletter http://eepurl.com/c9_XJf