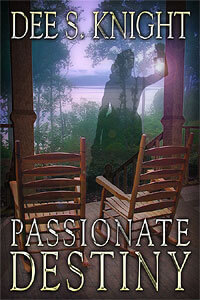 Every hero has a story. He has a background, a history, and a past. This interview allows us to meet a hero and get to know him better, by focusing on how he handles being relaxed, as well as how he handles stress.
Please tell me about your hero.
Age: Mid-thirties
Gender: Male
Birthplace: Palmyra, Virginia
Profession: Former professor, now carpenter and historical restorer
Ethnicity: Southern gentleman
Species (for scifi/fantasy characters):
What does your hero look like?
Eyes were the darkest blue, hair the deepest black, teeth the whitest white. And straight. Over 6 feet, muscular due to hard work and not a gym. Dimples.
Who is the significant other in his life?
Margaret Amis-Hollings, new owner of River Peace.

This hero is at a party. Considering his story, describe the party.
Relaxed backyard barbecue, with all the fixings and beer to drink. He likes smaller groups with close friends and easy conversation.
How does the hero feel about being this particular party, and what body language is he displaying that gives it away?
He’ll spend some time playing with the children running around, stand around the grill with the guys and shoot the breeze, and later sprawl in a deck chair at the fire pit holding hands with Margaret. He’s casual and comfortable, but also ready to help out when needed.
Is he more likely to mingle or remain aloof?
He’ll mingle and mix. Even in more formal situations he wouldn’t be allof. He’s very comfortable with who he is.
If he drinks, what is his drink of choice at this party?
Beer. And not a fancy foreign brand. He’ll try a local microbrewery, but his usual choice is simply a Sam Adams or a Bud.
How much drink is his usual?
Aaron cares too much for family and friends to drink much. He’d never take a chance on hurting anyone through word or action by drinking too much. He might have a couple of beers but he’s just as happy with sweet tea.
The hero figures out where the hiding places are and then goes there. Is it to hide, to avoid someone, or to go drag a friend back to the party?
He wouldn’t go to hide or to avoid anyone. And he wouldn’t go to drag someone back. He might go to check to be sure they’re okay—and in the case of youngsters, to be sure they aren’t getting ready to make trouble. ;)
Is he likely to latch onto a friend and stay with him/her and ignore others, or is he the friend that others latch onto?
He’s definitely the guy others migrate to. He’s intelligent and with a good sense of humor. Aaron is generally a really great guy but in his mind he’s just normal.
If someone picked a fight at this party, how is the hero going to handle it?
He’ll break it up. If the fight is verbal, he’ll try to calm things down by changing the subject. If the fight is physical, he’s big enough and strong enough to step in and force the combatants apart. At the kinds of parties he attends, there are often children around. Aaron wouldn’t put up with bad behavior around his kids or Margaret.
Is the hero the one most likely to get tossed out of the party, or the one who does the tossing?
He would definitely do the tossing.
Will he know when to leave, or stay late and make a nuisance of himself?
Nope, he’s a family man—and he was even before he met Margaret because he has parents and siblings nearby. He won’t stay late.

How does the hero handle it if the cops or some other authority figure pulls him aside when he was blameless in a situation?
He might be exasperated but he’ll be polite and rational. He’s a scientist and engineer and staying calm and rational is part of his personality.
How does the hero react to hearing a scream?
He rushes to discover the cause.
If he sees someone being assaulted, what is the FIRST thing that crosses his mind?
Stopping the brutality.
If he sees someone being assaulted, what is the FIRST thing he does?
He won’t hesitate to stop one person assaulting another. And if it’s a woman—or certainly a child—bearing the brunt of someone else’s anger, he’s likely to be a bit forceful when stopping the assaulter. Just to be sure he (she) stops acting badly, you understand.
This hero attempts to rescue someone and realizes that he is in over his head. The odds are against him and there is no way out. He is going to get his butt handed to him. What does he do?
Aaron doesn’t just fight with his fists, he fights with his intelligence, too. So first he makes sure the person he’s tried to rescue is away. Then he might try a fast escape himself. He’s no fool. Staying to fight a battle he can’t win if the first victim is gone, if not smart.
The hero runs into the one person from his past he wanted to avoid. He can’t get out of the situation and must interact in some way. What does he do?
He’s polite but not friendly. If things go too far he’ll be a bit terse and as soon as he can he’ll escape the situation.
Someone younger than the hero is in charge of the situation, and they are handling it badly, perhaps bungling things. How does the hero deal with it?
Aaron isn’t one to jump in and undermine someone else. If he can he’ll speak to the younger person privately or he’ll deal with things as best he can without making a scene. On the other hand, he won’t be taken advantage of by being in an awkward situation. If things pass the point of politeness, he’ll excuse himself.
The hero is in physical pain but must bear up under it and keep going. What does he tell himself in order to get through the situation?
“It’s all mind over matter. Get the job done and then you can rest.”
What mentor’s words come to mind in a bad situation?
“You can do whatever you have to do.”
What lesson from his past gets him through a stressful situation?
Aaron has lived a pretty charmed life. He hasn’t had many upsets and no disasters that teach the hard lessons. But he recognizes that not all things are equal or fair. He changed his life in order to help make things as fair as possible for his family and community.
What one thing would you like readers to know about your hero?
He’s a really good guy. Margaret describes him as looking like Superman and he kind of fits the mold. There are some genuinely good people in the world, and Aaron is one of them. But he’s still fun and interesting. And sexy ;)

Where to buy Passionate Destiny

A few years ago, Dee S Knight began writing, making getting up in the morning fun. During the day, her characters killed people, fell in love, became drunk with power, or sober with responsibility. And they had sex, lots of sex. Writing was so much fun Dee decided to keep at it. That’s how she spends her days. Her nights? Well, she’s lucky that her dream man, childhood sweetheart, and long-time hubby are all the same guy, and nights are their secret.
Website https://nomadauthors.com
Blog http://nomadauthors.com/blog
Twitter http://twitter.com/DeeSKnight
Facebook https://www.facebook.com/DeeSKnight2018
Goodreads https://www.goodreads.com/author/show/265222.Dee_S_Knight
Amazon http://www.amazon.com/-/e/B079BGZNDN
Newsletter (sample) https://preview.mailerlite.com/o2g1i0?fbclid=IwAR0COlyuPY-Hu30KTBdT092j_GZeuN5z4pc1LtsvHTyr6IbiSpsGqeIgT90