From Kayelle Allen: This week on Romance Lives Forever I’m sharing stories by
authors who have faced cancer either in themselves, or a family member. The
importance of friends and family, and having a support system is vital. One key
to success is being able to ask for help — and then being willing to accept
it. It’s a lesson I’ve had in my own life during various times. I don’t accept
help well. It’s something I fight with all the time. I’d like to think “I’ve
got this” but sometimes I don’t have as good a grip as I thought I did.
I have a friend who’s dealing with cancer right now. A friend’s brother died
from cancer last year. Cancer affects all of us. I hope I’m even half as good a
friend as those you’ll read about in this series.

I’m presenting these posts as an opportunity for the authors
to share their real life stories, as well as their fictional ones. There’s a
short list of ways you can show your support at the end of each post.

Breast Cancer: How It Affects Us All by Tina Gayle

Even if you have never had the disease,
you probably know someone who has had it or who has lost a loved one to it. My aunt
had it and died back in the early seventies. I remember because my father would
not say anything other than she died of cancer. The sad thing was he didn’t even
learn she was sick until he heard of her death.
Back then if you had cancer of any
kind, people avoided you as if you had some type of plague for fear of catching
it.
Through the years, I’ve had other
family members who’ve faced breast cancer and have survived. My mother was told
that they found a lump and underwent surgery. Lucky for all of us, it was not cancer.
By sharing my own history, I hope
you can see that no matter whether we personally have the disease or not, it affects
our lives and the people we care for. Each person goes through a lot of emotion
when fighting cancer. That’s why I decided to use the pain of dealing with the disease
in the last book in my Executive Wives’ Club series, CEO’s Widow.
Marianne Clark is the matriarch of
group. She has watched as each woman recovers from the loss of her husband in the
fatal crash that killed all of their husbands. She’s supported them and considers
each of them a member of her family.

Tina Gayle grew up a dreamer and loved to escape into the world
of books.
After years of working in the business world doing a variety
of jobs, she decided to try her hand at writing and hope to incorporate the joy
of being a woman into her books.
Married twenty-five years, she and her husband love to travel
and play golf.
Read the first chapter of any of her books by visiting her website.
www.tinagayle.net
Home www.tinagayle.net
Blog www.tinagayle.blogspot.com
Twitter https://twitter.com/AuthorTinaGayle
Facebook https://www.facebook.com/pages/Author-Tina-Gayle/214633841921560?ref=hlGoodreads
http://www.goodreads.com/author/show/1641826.Tina_Gayle
G+ https://plus.google.com
LinkedIn http://www.linkedin.com/pub/tina-gayle/11/689/759
Amazon Author Page http://www.amazon.com/Tina-Gayle/e/B002BM9GR8

Ways you can show your support 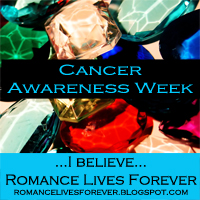 Thank you for being part of the Romance Lives Forever
community.