All About Anthologies-Storm Moon Press 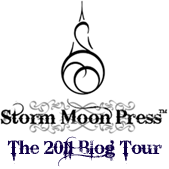 Romance Lives Forever welcomes Storm Moon Press to the blog! Today and the next two days, we’ll host authors and anthologies from this publisher. Grab something to drink and make yourself comfortable. Here we go!
Anthologies are a great way for authors to get a taste of working with a new publisher, or for readers to try out several authors who are new to them. They’re a grab bag of fiction with a strong binding theme between the stories, and it can also give authors and readers a chance to try themes they usually avoid. Anthologies have so much potential, and I think they tend to be overlooked in favor of longer, broader works.
There are unique challenges to editing and producing anthologies. Usually, the publisher themselves takes a financial hit when producing them. Many readers wait for the individual shorts to be released, and while a publisher could refuse to do this and try to force readers to buy the anthology itself, I think this alienates readers and loses authors potential revenue. Still, selling an anthology to readers is a hard task, but we don’t give up. Anthologies are fun, creative endeavors that are great opportunities for publishers, authors, and readers.
But, because there isn’t a lot of money to be made in anthologies, a lot of authors shun submitting to them. This makes it hard to drum up the numbers a publisher needs in order to create a solid offering for readers. Authors—both established and new—should see anthologies as chances to connect with publishers and readers without having to commit whole novels. Anthologies are opportunities to connect with new readers, and since readers are the bread and butter of the book industry, reaching even one new reader should make the investment in a short story worth it.
I’ll be honest; promoting anthologies is hard as hell. A lot of reviewers don’t want to review anthologies, waiting instead until individual stories are released. There aren’t many venues to gush about anthologies. The key is to have themes that are either broad enough to appeal to a lot of people, or so niche that the only place readers will find stories of that kind are in the press’ anthology. Storm Moon Press tries to work from both angles, appealing to both wide tastes and narrow fetishes.
In the end, anthologies are singular opportunities for authors and readers to reach each other with minimal expense, effort, and time. They’re full of quick reads, all sharing a singular theme, and—usually—for a minimal cost. So, go out and pick up an anthology, give a new theme or group of authors a chance, and authors? Check out anthology calls and give a new press a try with a short story. You might just find yourselves with new favorite authors or a new press to submit regularly to.
Where you can find Storm Moon Press:
Website: http://www.stormmoonpress.com/
Twitter: http://twitter.com/stormmoonpress

3 thoughts on “All About Anthologies-Storm Moon Press”