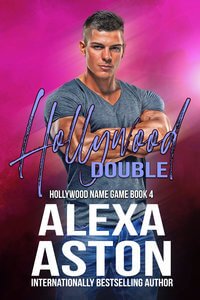 He’s divorced from a cheating wife and refuses to ever give his heart away again.

Together, their smoking-hot chemistry leads to movie magic…and murder…

Mac Randall’s life turns upside down when he walks in on his wife and her lover. He finishes his tour of duty overseas and leaves the army, becoming a popular stuntman in Hollywood. When the actor Mac doubles for is murdered, Mac is surprised to find himself cast as the film’s leading man—at the suggestion of the actress who will play opposite him.

Keely Kennedy has built a solid career in Hollywood, rising from supporting roles to leading lady, but she’s been unlucky in love. She becomes close friends with Mac Randall, her new co-star, while she helps him prepare for his first on-screen role. Friendship blossoms into love during their shoot and despite several mishaps on the set, she knows not only has she done the best work in her career on this film, but she believes Mac will become an instant star.

Before production is complete, though, the murderer surfaces—ready to kill the film—and its two stars.

Hollywood Double is the fourth book in the Hollywood Name Game series. Each book in the series is a standalone story that can be enjoyed out of order.

Where to buy Hollywood Double

Award-winning and internationally bestselling author Alexa Aston lives with her husband in a Dallas suburb, where she eats her fair share of dark chocolate and plots out stories while she walks every morning. She’s a binge fiend (The Crown and Ozark are favorites) who enjoys travel, sports, and time with her family.
Her historical romances bring to life loveable rogues and dashing knights, while her contemporary romances are light and flirty and sometimes contain a bit of suspense.
Website https://alexaaston.com/
Twitter https://twitter.com/AlexaAston
Facebook https://www.facebook.com/authoralexaaston/
Bookbub https://www.bookbub.com/authors/alexa-aston
Goodreads https://www.goodreads.com/author/show/15846438.Alexa_Aston
Amazon Author Page https://www.amazon.com/author/alexaaston
Newsletter http://madmimi.com/signups/422152/join