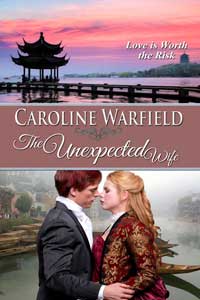 It’s #FreeBook Friday on RLFblog! Join us for a collection of free reads and downloads. All genres and heat levels. This week’s featured book is The Unexpected Wife by Caroline Warfield. Bookmark this site so you don’t miss a thing.

The Unexpected Wife by Caroline Warfield

Charles Wheatly, Duke of Murnane, accepts an unofficial fact-finding mission to the East India Company’s enclave in Canton, China, on behalf of the queen. He anticipates intrigue, international tensions, and an outlet for his grief over the death of his young son. He isn’t entirely surprised when he also encounters the troublesome offspring of his mentor, the Duke of Sudbury, but the profound love he discovers for the determined young woman is unforeseen and untimely. Charles certainly doesn’t expect to also face his troubled marriage in such an exotic locale. The appearance of his estranged wife in the company of their enemy throws the entire enterprise into conflict, and tensions boil over when the woman he loves is put at risk by his wife’s scheming—and the beginnings of the First Opium War.
Zambak Hayden seethes with frustration. A woman her age has occupied the throne for over a year, yet the Duke of Sudbury’s line of succession still passes over her—his eldest—to land on a son with neither spine nor character. She follows her brother, the East India Company’s newest and least competent clerk, to Macau to protect him and to safeguard the family honor—if she also escapes the gossip and intrigues of London and the marriage mart, so much the better. She has no intention of being forced into some sort of dynastic marriage, and she may just refuse to marry at all. The greed and corruption she finds horrifies her, especially when her brother succumbs to the lure of opium. She determines to document the truth. When an old family friend arrives, she assumes her father sent him. She isn’t about to bend to his dictates nor give up her quest. Her traitorous heart, however, can’t stop yearning for a man she can’t have.
As an epic historical drama unfolds around them, both Charles and Zambak must come to terms with a love that neither expected.
BOOK 3: Children of Empire
Download your free book: https://www.amazon.com/gp/product/B07FGGC918/
Free on KindleUnlimited

Lightwave: Nexus Station by AM Scott 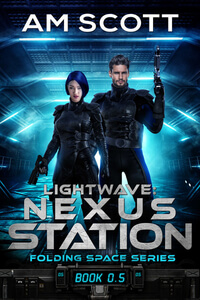 Katryn of Cygnus knocks Tyron Phazeer off his feet, literally and figuratively. She’s got the net security skills Lightwave Fold Transport desperately needs, she’s killer in a fight, and as a bonus, she’s beautiful. She’s perfect, for Lightwave, and for him.
Katryn’s been burned more than once by handsome, attentive men—is Tyron too good to be true? And does she really want to work and live on a spaceship?
When a mercenary troop chases Katryn through a space station, she escapes into the hidden, cramped corridors reserved for station maintenance personnel. Tyron knows those passages are controlled by the shady group Nexus Below, and now, Katryn’s got trouble above and below. Can Tyron rescue Katryn from her enemies? Can Katryn learn to trust Tyron? Find out in Lightwave: Nexus Station!
Lightwave: Nexus Station is a standalone prequel in the Folding Space Series Universe, for Scott Space subscribers only!
Lightwave: Lost, Folding Space Series 4.0 is live February 21st, 2019! Get your copy today!
Download your free book: https://dl.bookfunnel.com/he7mqnp499
(requires newsletter sign up)

For Women Only by Kayelle Allen 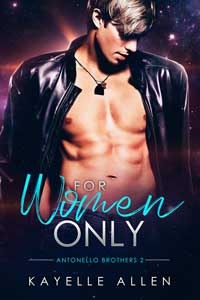 To save his brother, Khyff must seduce a powerful alien ambassador. A relationship with a human will derail her career and destroy her, so it’s vital he keep Mehfawni enthralled and occupied, too busy for affairs of state. Though he hates her people, Khyff finds her noble, attentive, and gentle. When he begins to like her, he must guard his heart, for if he fails in his mission, it means his brother’s life. The problem is, he never expected one of her kind to have such honor. He didn’t expect to trust her. And he didn’t expect to fall in love…
Enjoy a Science Fiction Romance from the sweeter side of the galaxy.
Download your free book: https://books2read.com/u/38go96
Free on KindleUnlimited 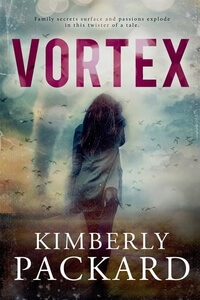 Constant spinning, round and round and round, temperatures rise and fall from stifling heat to chilling cold, emotions run high in anticipation of what will happen next… there’s a fine line between surviving a tornado and falling in love.
A close encounter with a tornado, during the final months of her doctoral studies, jogs a lost memory to the surface. Desperate to relive the vision and find answers, storm chaser Elaina Adams continually puts her safety at risk by placing herself in the path of dangerous storms.
When betrayal strikes, Elaina is forced to pair up with Robert Tucker. “Tuck” owns a storm chasing tour group and only cares about two things: chasing tornadoes and making his next buck.
Seth Maddux was climbing his way to the top as the star meteorologist for the Forecast channel, but an embarrassing outburst on camera sent his career on a downward spiral. Hoping to reignite his career with a promising field assignment, he meets Elaina and a different kind of flame sparks.
Family secrets surface and passions explode in this twister of a tale.
Vortex is a story of family, love, identity and determination set against the thrilling backdrop of Tornado Alley.
Download your free book: https://www.amazon.com/dp/B07MKLN9YY
Free on KindleUnlimited

The Witch of the Prophecy by Victoria Jayne 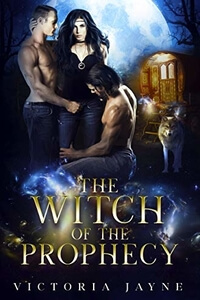 The vampire whose heart beats for a witch that belongs to a wolf shall save us all. He shall take his throne and rule over all kinds. If not, the vampire who belongs to the witch will end all kinds.
Download your free book: https://www.amazon.com/dp/B07MMFMJJD/
Free on KindleUnlimited